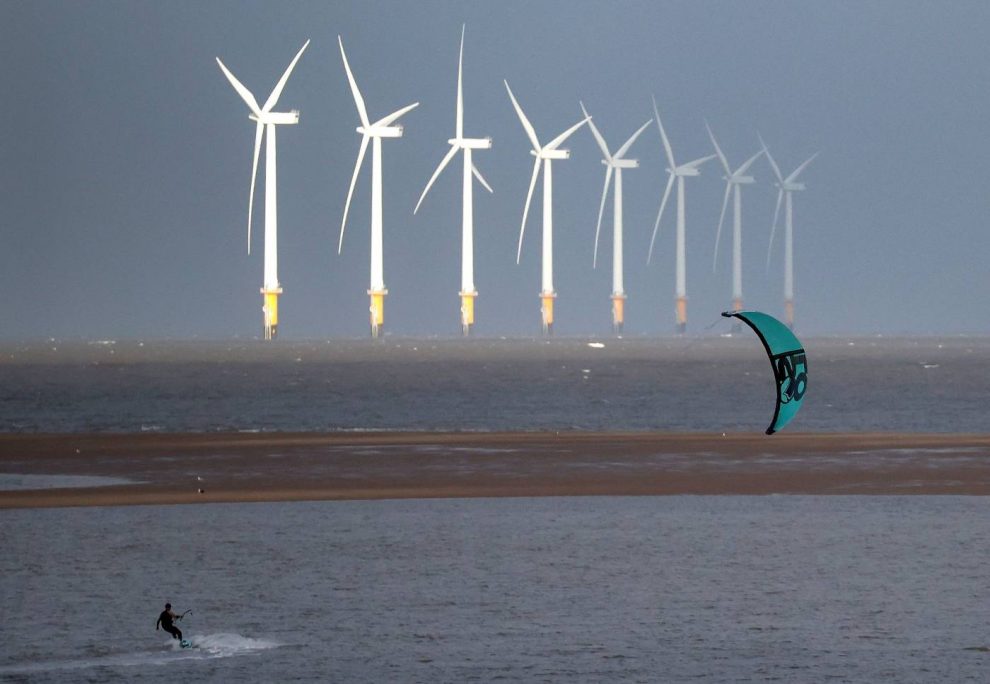 Those have always been assumed to be distant threats – but the last decade of soaring planet-warming emissions and accelerating losses of nature “made us realise those tipping points we thought were far away are not”, he said.

Worried, he began to think about what “positive” climate tipping points might also be nearing – changes in technology or behaviour that, with a push, could snowball into the large-scale action needed to cut emissions and stem climate threats.

History has shown that such changes – from adopting mobile phones to using flush toilets – can happen remarkably swiftly, said Lenton, a climate scientist and director of the Global Systems Institute at Britain’s University of Exeter.

“The negative climate tipping points are coming to bite us sooner than we thought,” he said. “The good news is these positive tipping points can also unfold fairly quickly.”

Here are a few of those he sees on the horizon:

In Norway, government subsidies mean electric cars now cost the same as petrol and diesel vehicles – and most people are opting for electric vehicles. More than 60% of new vehicle purchases in the Scandinavian country are now electric, according to the Norwegian Road Traffic Council.

Elsewhere, electric cars remain costly – but as sales volumes grow and more governments announce plans to restrict or phase out polluting combustion engines, they are likely to get cheaper fast, Lenton expects.

China, the European Union and the U.S. state of California account for about a third of global car sales – and all now have increasingly strict air pollution and climate policies that will drive higher electric vehicle sales, he said.

The British government also last month announced plans to end sales of combustion-engine cars and vans by 2030 – a decade earlier than its initial 2040 goal.

“Even without clever policy design, we should be at a point within five years where (electric and petrol cars) are at price parity,” Lenton predicted. Smart policy, like using pandemic stimulus cash to rapidly expand charging networks, “can accelerate the change”, he added.

For instance, as the number of electric vehicles rises, their batteries – when the cars are not in use – could become part of a vast, new renewable power storage network.

Car batteries could soak up excess generation of solar or wind power, then make it available to the grid at times of peak demand. That would cut the need for back-up fossil-fuel power stations and potentially earn cash for those participating.

But as many more people reduce or eliminate meat and other animal products from their diets – for their health or to fight climate change – the range of tasty alternatives is seeing explosive growth.

British bakery chain Greggs last year launched a vegan sausage roll – a modified British staple – that became an overnight sensation even among meat-eaters and caused a run on its stores.

Meat alternatives such as the Impossible Burger and Beyond Meat have found a lasting home on restaurant menus and home barbecues, and other plant-based or lab-grown proteins are fast coming to market to meet growing demand.

“These substitutes avoid the kind of (big) greenhouse gas emissions from beef. They’re expensive to start with but the more of them penetrate the market, the cheaper it’s going to get,” Lenton said.

Changes in diet are in part spurred by what he calls “social contagion”: As more family members and neighbours spurn meat and rave about the substitutes, the rest of us may give it a try, if only to avoid cooking two meals.

He expects that eating beef – which has the highest environmental price in terms of carbon emissions and loss of forests – could eventually go the way of smoking, declining in popularity and becoming unusual rather than the norm.

THE END OF COAL POWER

Britain in 1990 got 70% of its electricity from coal. Today it’s about 2% – and the country this summer went for more than two months without any coal-fuelled electricity as plentiful offshore wind power became the cheaper, cleaner option.

By 2024, coal will entirely disappear from the electricity generation mix of a country that once used it to spark the Industrial Revolution, the government said this year.

Around the world, coal – one of the most polluting fossil fuels – is rapidly being overtaken by renewables such as solar and wind as the cheapest energy source.

More investors, bankers and insurers are cutting off financing for new coal projects, both under pressure from climate campaigners and simply because they see the projects have become a bad investment.

Coal power plants are still being planned and built in some developing countries, largely in Asia, in part because nations such as China and Japan continue to fund them, and because countries like Indonesia have big coal reserves.

But as the funding nations set goals to reach net-zero emissions by mid-century – China, Japan and South Korea all did this year – backing coal elsewhere is getting hard to justify.