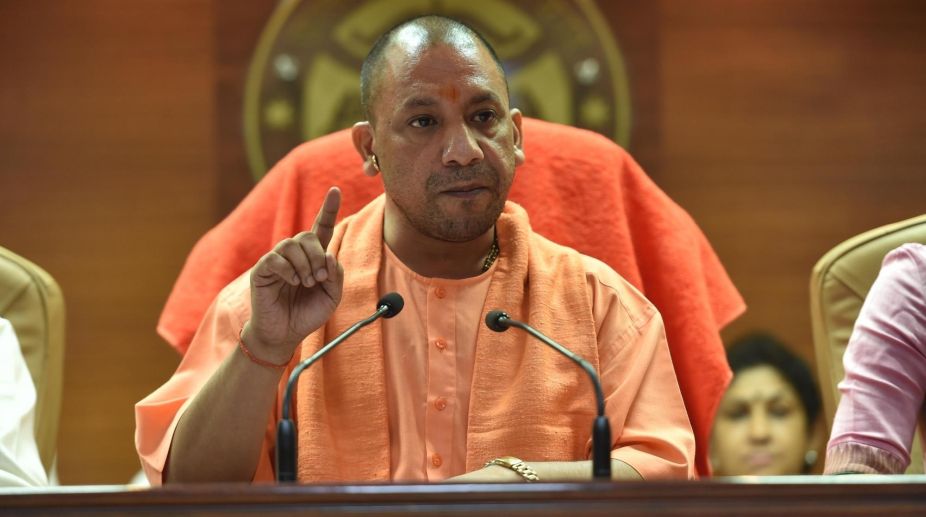 New Delhi: The BJP headed for a second straight win in politically crucial Uttar Pradesh and dominated the trends chart in three other states while the Aam Aadmi Party readied for a landslide win in Punjab, the two parties imprinting Elections 2022 with their triumph.

As votes were counted for elections to five states held over February and March, India’s ruling party could end the day with a four-one score. The BJP was also leading in Uttarakhand, Manipur and Goa, according to trends on the Election Commission website.

All eyes were on key electoral battleground Uttar Pradesh where the Yogi Adityanath-led government was pitching for a second consecutive term in power.

In trends available for 401 of 403 seats, the ruling party was ahead in 252 seats, short of its earlier count of 312 but comfortably over the halfway mark in polls that come a year after the devastating second Covid wave. This will be the first time in over three decades that a party will get re-elected for a second term in the state.

The Samajwadi Party, which made a vigorous bid for power with its leader Akhilesh Yadav attracting huge crowds at campaign rallies, was trailing with leads in 116 seats, a significant jump from the 47 last time. Enough to make it a vocal opposition but far removed from power even with the support of its allies, the RLD and the SBSP, which were ahead in eight and three seats, respectively, analysts pointed out.

Adding to the saffron party’s tally, BJP ally Apna Dal (Soneylal) was ahead in 12 seats. The Congress was virtually wiped out of the chart with leads in only two seats, notwithstanding its leader Priyanka Gandhi Vadra focusing her attention on the state. The BSP, which barely made a campaign splash, was leading in three seats.

The BJP was projected to have a vote share of 42.4 per cent and the SP 31.6 per cent in the prize state, which sends 80 MPs to the Lok Sabha and saw Prime Minister Narendra Modi and Home Minister Amit Shah among others campaigning intensively.

Applauding their party’s win, BJP leaders, including Kailash Vijayvargiya and Sudhanshu Trivedi, said people have expressed their faith in the policies ushered in by Modi. Many of their party colleagues simply tweeted “Jai Shri Ram” to hail the trends.

Elections 2022, seen as a pointer to general elections two years away, were also the AAP’s stepping stone out of Delhi. According to trends, the Arvind Kejriwal-led party had leads in 90 of the 117 seats in Punjab, a three-fourths majority.

Incumbent Congress was a distant second with leads in 18 seats, preparing to cede power to a party that had so far only ruled Delhi. The Shiromani Akali Dal and the BJP lagged further behind with seven and five respectively.

Kejriwal took to Twitter to congratulate the people of the state for this revolution .

“In the coming days, AAP will become a national force…the party will emerge as the national and natural replacement of Congress,” party leader Raghav Chadha added while addressing party workers at a rented accommodation of its chief ministerial candidate Bhagwant Mann in Sangrur.

The trends reflected in the vote share too with the AAP at 42.2 per cent and the Congress at 23.

In the 2017 assembly polls in Punjab, the Congress had ended the SAD-BJP combine’s run by bagging 77 seats out of the total 117-assembly segments in the state. The AAP had managed to get 20 seats, while the SAD-BJP had won 18 seats.

As the vote counting proceeded swiftly, BJP was in a dominant position in the other states too.

In the coastal state of Goa, the ruling party, set to score a hat-trick, was ahead with leads in 19 of the 40 seats while its nearest rival Congress was at 11. The Maharashtrawadi Gomantak Party (MGP) was ahead in three seats. The Goa Forward Party (GFP) and the Aam Aadmi Party (AAP) were leading in one seat each, while independents were ahead in three seats.

The picture in Uttarakhand was decisive. In leads available for all 70 seats, the BJP was ahead in 41 and the Congress in 26, a gulf too far to bridge if the trends hold.

Counting in the northeastern state of Manipur was slower. In trends available for 41 of 60 seats, the BJP was ahead in 20 and the Congress in three. The National People’s Party had leads in four seats and the Naga People’s Front in seven.