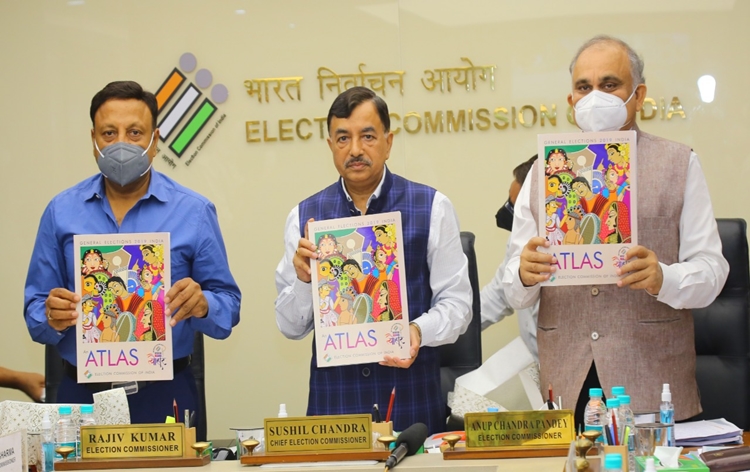 The Atlas consists of all the data and statistical figures about the 2019 General Election. It has 42 thematic maps and 90 tables depicting various facets of the elections. The Atlas provides interesting facts, anecdotes and legal provisions related to the elections. This Atlas serves as an informative and illustrative document that brings to light the nuances of the Indian electoral process and empowers readers to analyse trends and changes.

17th General Elections conducted in 2019 were the largest democratic exercise in history. Election Commission of India set up over ten lakh polling stations in General Elections 2019. It witnessed the participation of over 61 crore voters.