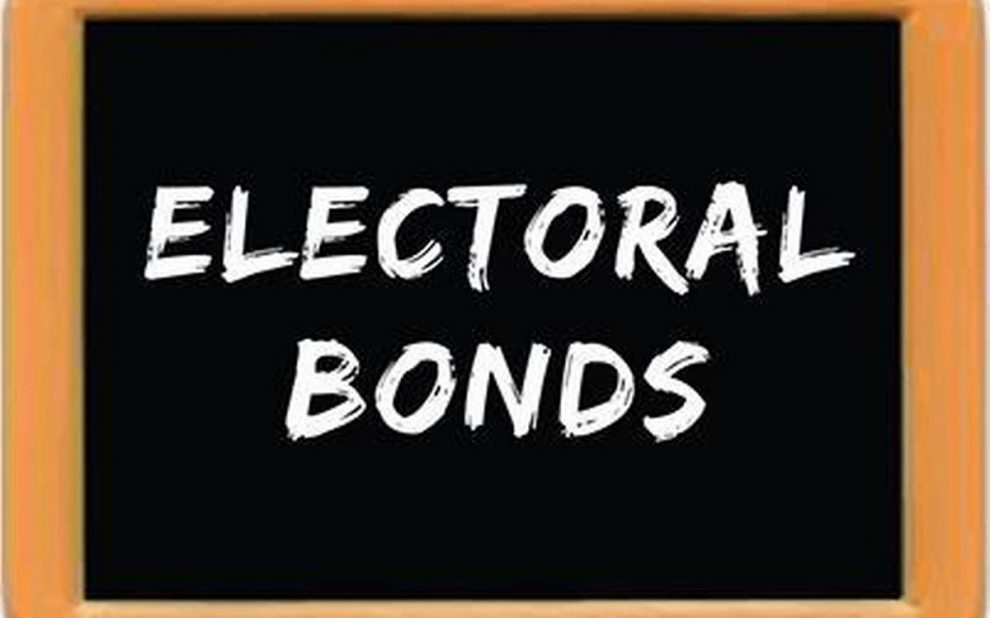 Paisa phenko tamasha dekho! The song hummed by every Party as five States are amidst polls with all opening their war chests to ‘fund’ their vacuous promises. After all, money makes the clogged and corrupt political mare go around, and how!

Primarily, as elections are perceived as a “rentier” profession, with huge post-poll rewards, to amass wealth for themselves, future polls and their Parties. Aren’t we accustomed to a corrupt and unaccountable polity who would stoop to anything for paisa and gaddi?  Any wonder the economics of running an election campaign are a hush-hush affair.

They continue to be so as the Supreme Court dealt a severe blow to transparency by rejecting Association of Democratic Reforms (ADR) application seeking stay of sale of electoral bonds during the ensuing polling as it was antithetical to a healthy electoral democracy, fundamentally designed to tilt money power in favour of the governing Party and legalised route for faceless donors to secretly provide limitless funds to Parties along-with reservations expressed by Election Commission and Reserve Bank.

Recall, to end the corruption scourge and bring transparency in electoral funding the NDA Government in 2018 mooted electoral bonds sold by SBI which allowed anonymous donations (individuals, companies, NGOs, trusts) ranging from Rs 1,000 to Rs 1 crore to a Party, which could  exchange them for cash.

Pertinently, the EC opposed bonds as a “retrograde step” as it would have “serious impact” and reduce transparency in political funding by legalizing large unknown contributions as Parties are exempt from disclosing donations via bonds which could potentially lead to donations from prohibited sources, Government companies and foreign businesses.  Also, it would be impossible to determine whether donations came from companies breaking the law, State-owned public sector units or foreign sources, resulting in these gaining “overt”-influence over elections

Moreover, prior to these bonds, Parties had to disclose donors who gave over Rs 20,000. Besides, bonds are opaque as they don’t provide citizens any details even though Government has all details. The Sarkar’s explanation that bonds bought at SBI would be “white” does not hold good as anonymity makes it impossible to keep a check on who is funding a Party.

Further, the Government for reasons best known to it, also dispensed with checks that ensured only profitable companies which existed over three years could donate. This prevented shell companies being set up to help “round-trip” money or whitewash it by giving it to Parties, while also bribing them in the process.

Alas, electoral bonds have failed to fulfill its objectives. Namely, stop generation and use of black money, nor stop use of money power. Worse, it did not decrease corruption or get Parties to submit their audited accounts regularly. Succinctly, it botched up the much-hyped and promised transparency.

Undoubtedly, bonds lack vision in respect of who buy them and whether disclosure of the source of money is obligatory on those who purchase them. Asserted a former Election Commissioner, “Bonds and donations are welcome but they could be an easy way to launder black money if disclosure of the source is not made mandatory. Transparency on political funding, as in the West, is a must before exemption is allowed.”

Shockingly, a Bengal candidate bragged he spent over Rs 10 crores instead of Rs 30 lakhs allowed. Hypothetically, the minimum needed by each Party for 294 Assembly seats would be Rs 2940 crores. Multiplied by 10 candidates per constituency, it totals mind-boggling Rs 29,400 crores. Are we to believe the money is collected by bonds?

The way forward? State funding of elections and funds apportioned on vote basis secured by candidates. Alternatively, State funding of Parties with EC prescribing a ceiling for Parties’ expenditure, like for candidates, donations should be evenly spread, not necessarily equally, but in some proportion to seats in Parliament. To ensure this, a compulsory social audit of political funding by EC is necessary or by a group of auditors shortlisted by CAG alongside ban on private donations.

Monies should be released to candidates, not Parties and 50% given as advance pre-election on past performance basis. Government should constitute Rs 5000 crores fund over five years for part-funding candidates spending. Election account of candidates and Parties should be open to  citizens to remove public perception of our politicians promoting a quid-pro-quo through illegal donations and businesses.

Spending by recipient Parties should be equitable over constituencies to further democratize elections thereby attracting more capable but less affluent people to contest. An independent national election fund be constituted where all tax-free donations could be made. It could be operated by the EC or any other independent body.

The EC should be empowered to supervise all financial transactions by political bodies which have solicited or spent money to support/defeat candidates. Additionally, it should verify these and disclose them to the public. This would be akin to the US set-up under the Federal Election Campaign Act 1974 which created an enforcement agency, Federal Election Commission to do so. The EC would have full authority to oversee inflow and outflow of political finance and institute legal action if scrutiny is stone-walled.

Furthermore, according to the International Institute for Democracy and Electoral Assistance (IDEA) Handbook 2003 in nearly 60 countries, including the US, UK, Japan, France, Germany and Thailand Parties are bound to disclose all contributions beyond a specified threshold. Unsurprisingly, India is not among them.

Also, there exists a ban on making anonymous donations to Parties in more than 45 countries. Obviously, India again is not among them even though it has a provision for public disclosure of expenditure by candidates but there is no ceiling on Party election expenditure. This leaves enormous scope for gargantuan indirect spending on polls as admitted by various MPs who brag about crores spent on their elections against the stipulated limit of Rs 70 lakhs.

Arguably when we have a model code of conduct for elections why not a model code for political finance? All in all we need to remove clouds of opacity of political funding which would go a long way in enhancing public faith and demonstrating a concern for ethical standards.

In a milieu where are netagan have much to lose and the public everything to gain by a transparent funding system, unless one determines sources that should be legally tapped for Party expenses there is little hope of minimizing the evil influence of vested interests. Clearly, we have a long way to go before we can make elections free and fair as Parties will continue to stonewall all efforts to come clean on funding.

Thus, irrespective of whether a Party is in power, donations or bonds must be made public as people have the right to know whether a Party’s stand on a policy is influenced by the source of its funding. Time to end bhrashtachaar. Our netas and Parties need to collectively break loose from unaccounted and excessive money power from the power game. Else our netagan’s accusations against rivals of scams and scums will remain empty blabber!

Message To The World