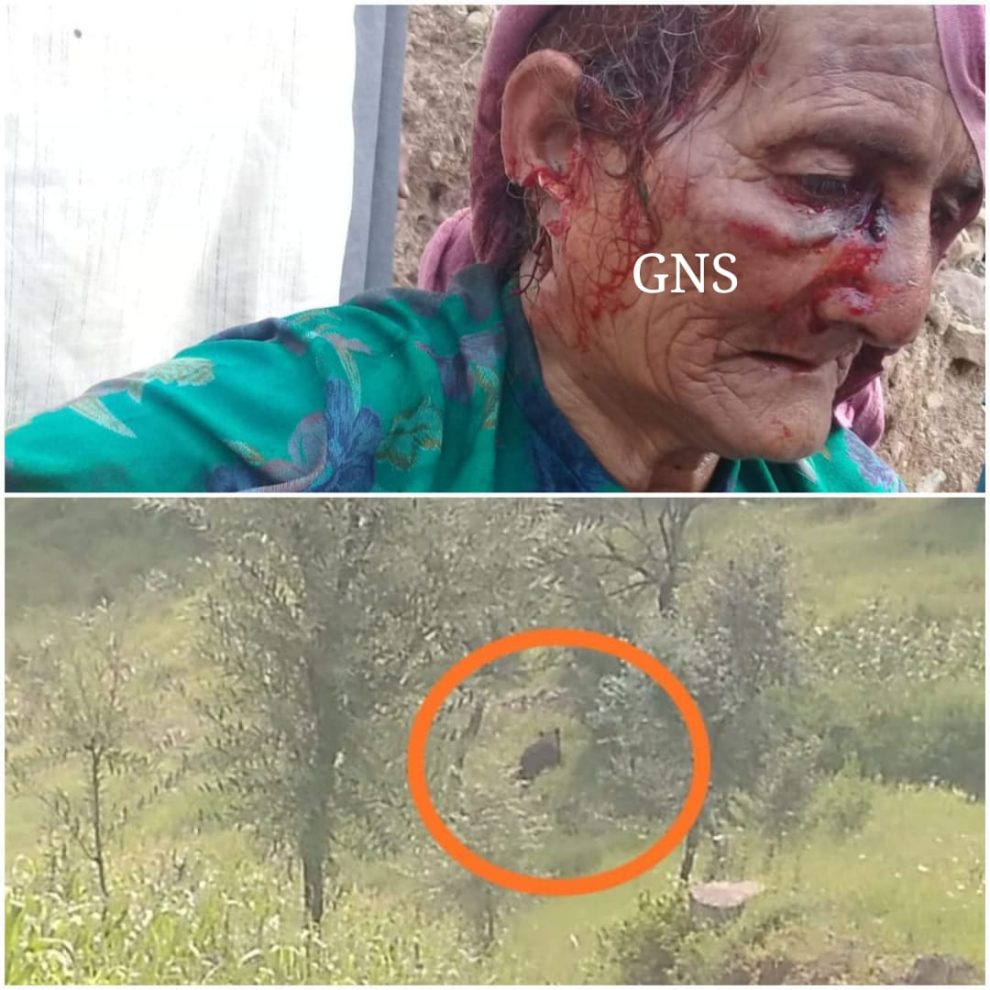 POONCH: An elderly woman was injured in an attack by a bear at Baila Mandi in Poonch district on Thursday.

Official sources told that woman identified as Sakina Bi (79/80) wife of Fata Mohammad of Baila was brought to Sub-district hospital Mandi for treatment of the wounds inflicted by the bear. Later she was shifted to District Hospital Poonch, they said.

Meanwhile, people expressed resentment against the wildlife Department, accusing it of not acting timely to prevent such incidents. They urged the authorities to capture the wild animals. (GNS)