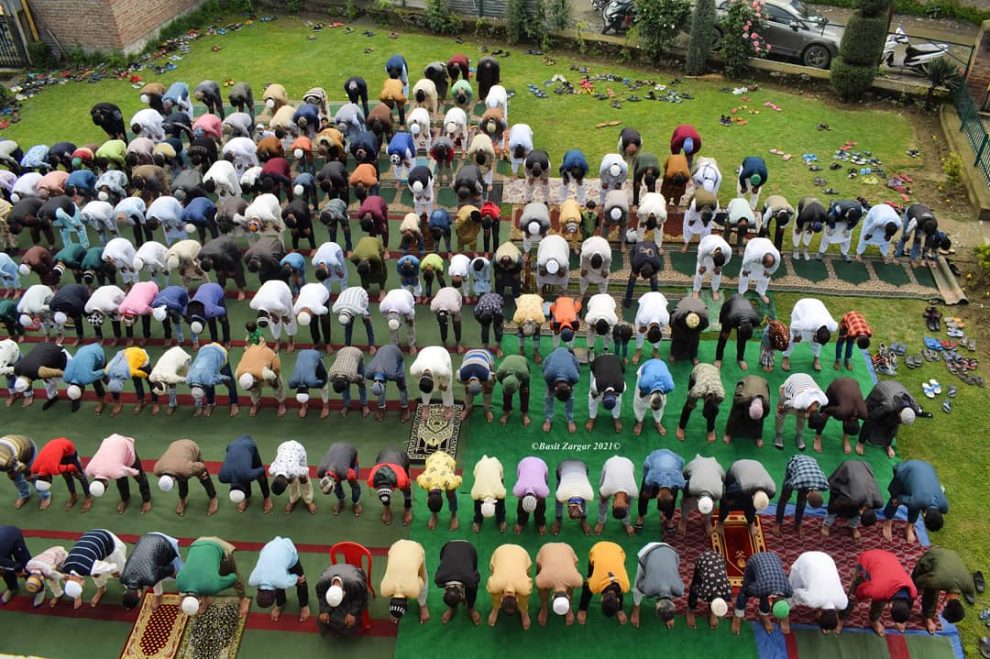 Srinagar: The Eid-ul-Adha, festival of sacrifice, will be observed with religious zeal and fervor across Jammu and Kashmir on Wednesday. However, there will be no Eid prayers at Eidgah and other major shrines across Kashmir.

Notably, Eid-ul-Adha is being observed on the 10th of Dhu’l-Hijjah, last month of the Islamic calendar. A spiritual Muslim offers a goat or sheep as a sacrificial animal on this Eid.

Allah ordered Ibrahim to sacrifice his son Ismail. When the blindfolded father moved the blade on his son’s throat to carry out the divine command, an animal from heaven replaced Ismail. It is to celebrate the absolute submission of Prophet Ibrahim to Allah’s command and the saving of Ismail’s life that Muslims offer animal sacrifices on Eid-ul-Adha.

Meanwhile, in wake of the ongoing Covid-19 pandemic, no huge congregational prayers are expected on this Eid as the majority of the shrines and Masjids including Dargah Hazratbal and historic Jamia Masjid in Old city Srinagar will remain closed tomorrow.

Chief Executive Officer (CEO) Wakf Board, Mufti Muhammad Farid-ud-din that the Eid prayers would unlikely be offered at the shrines and Masjids falling under the Waqf board as most of these religious places have been closed.

The Muslims would offer mandatory Eid prayers at local Masjids in their respective localities.

In wake of the pandemic, the government has also appealed to people to avoid large gatherings to prevent the virus from spreading and also thwart the possible third wave.

As per the Islamic teachings, the Muslims across the State will start performing the act of sacrificing animals following the congregational Eid prayers as this Eid is being observed to commemorate Prophet Ibraham’s (AS) willingness to follow Allah’s command to sacrifice his son Ismaeel (AS).

Meanwhile, the markets in Kashmir especially the commercial Hub Lal Chowk and other adjacent areas in Srinagar witnessed a huge rush of shoppers from past several days, who were seen buying essentials and other food stuff for the Eid—(KNO)