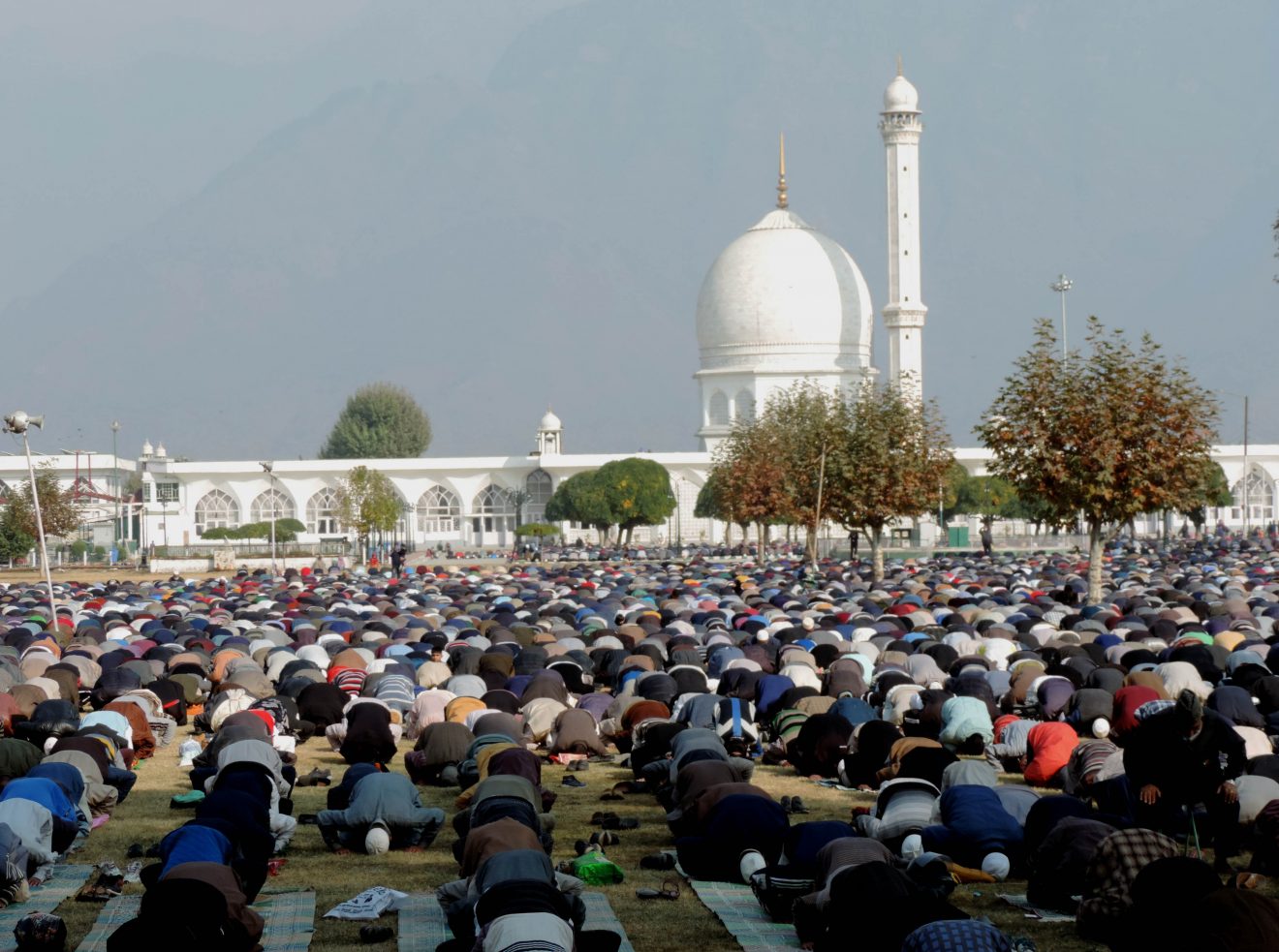 Srinagar, Oct 30: Thousands of devotees from across the Kashmir Valley converged at the revered Hazratbal shrine here on Friday to celebrate Eid-e-Milad-un-Nabi, the day when Prophet Mohammad (SAW) was born.

Reports reaching GNS said that several thousand people alone converged at the Hazratbal shrine in the morning and had the glimpses of the holy relics of Prophet (SAW) after Fajr prayers.

The number swelled as the day progressed and thousands of devotees were seen at the shrine and its adjacent sprawling lawns along the banks of Dal Lake especially during Friday, Asr and Magrib prayers.

Most people were seen folding their hands while some had tears trickling down their faces as they prayed. People also offered ‘Durud’ and recited the Holy Qur’an.

A festive look prevailed for the past several days as various mosques and shrines in this summer capital of the state and other major towns were decked with lights and buntings.

Authorities and some social organizations had also erected tents for medical aid as well as refreshment for devotees at several places along the streets for the devotees.  Last year, authorities barred congregation prayers in the aftermath of the August 5 decisions. This year, the congregation prayers were held amid Covid-19 threat and as per reports protocols to contain the spread of the virus were seen to be observed in breach. At places massive traffic jams were witnessed at several places particularly in Lal Bazar areas, the reports added. (GNS)