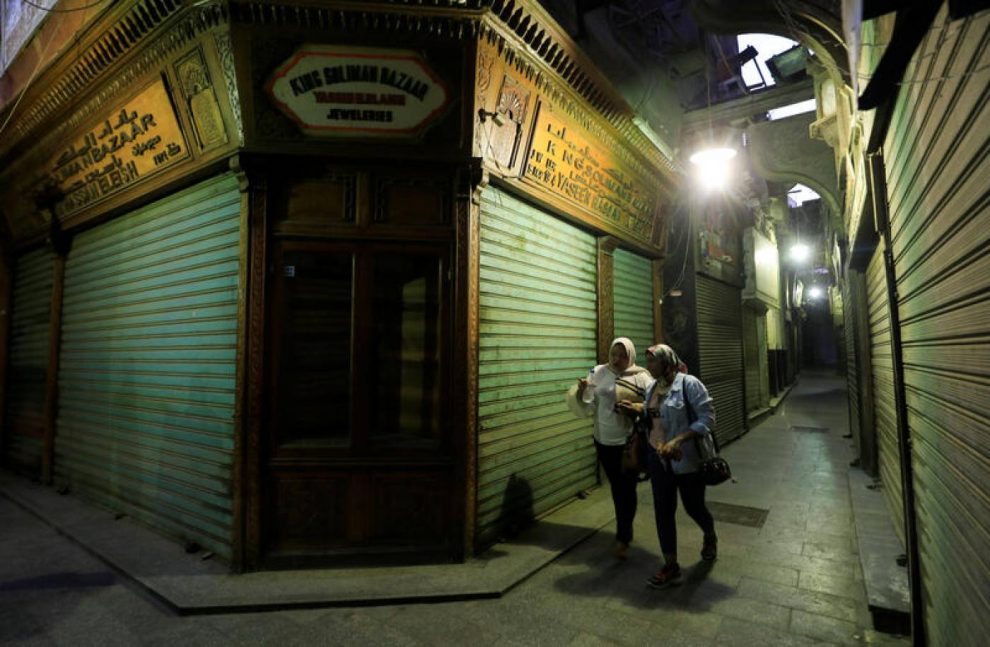 CAIRO: A former Cairo student was jailed for three years on Tuesday for using social media to sexually harass women and will face charges of sexual assault next month in a case that triggered a #MeToo moment in the country.

Ahmed Bassam Zaki, formerly at the American University in Cairo, will face the court again on Jan. 9 on charges of indecent assault and blackmail investigated after scores of women joined an Instagram campaign to accuse him of sex crimes.

“Thanks to all the girls who believed in us when we told them that we will go to the court and get your rights,” Ahmed Ragheb, lawyer of the girls in the case, said on Facebook.

“We still have another round against the defendant before the criminal court.”

Neither lawyers for Zaki – who is aged in his early 20s and from a wealthy background – nor his family could be reached for comment. Tuesday’s verdict can be appealed to a higher court.

The case came to light after Instagram activist Nadeen Ashraf used the account Assault Police to encourage women to go public with allegations against Zaki dating back to 2016.

Ashraf said she was happy with Tuesday’s verdict and keenly awaiting the next court date that would decide the punishment for the “heftier and more violent crimes of sexual assault”.

“I think the court hearing on January 9 can truly set a precedent for all future sexual assault crimes in Egypt,” she told the Thomson Reuters Foundation.

In September, the public prosecutor referred Zaki to the criminal court on charges of “sexually assaulting three girls under the age of 18 and threatening them along with a fourth girl with disclosing matters related to their honor”.

Zaki could face a life sentence or the death penalty if the prosecution proves rape with evidence.

Zaki’s case triggered a #MeToo movement in Egypt after it emerged last July, with hundreds of women starting to speak up on social media, exposing several men and revealing a high-profile rape case that took place at a Cairo hotel back in 2014.

In August, the public prosecution arrested two suspects in that case and said seven others had fled the country. Three were later handed over to Egypt by Lebanese authorities.

Egypt also passed a law in August giving victims the automatic right to anonymity in the conservative, Muslim-majority nation in a bid to encourage more women to report sexual assault so action can be taken in a timely manner.

Reda Eldanbouki, a lawyer and executive director of the Women’s Center for Guidance and Legal Awareness, welcomed Tuesday’s verdict and was awaiting the January verdict.

A United Nations survey in 2013 found 99% of women had experienced harassment in Egypt, a nation where women have been accused of provoking sex crimes.

“We hope that Zaki would get a strong punishment in order to prevent similar cases in the future and reduce violence against women,” Eldanbouki told the Thomson Reuters Foundation.