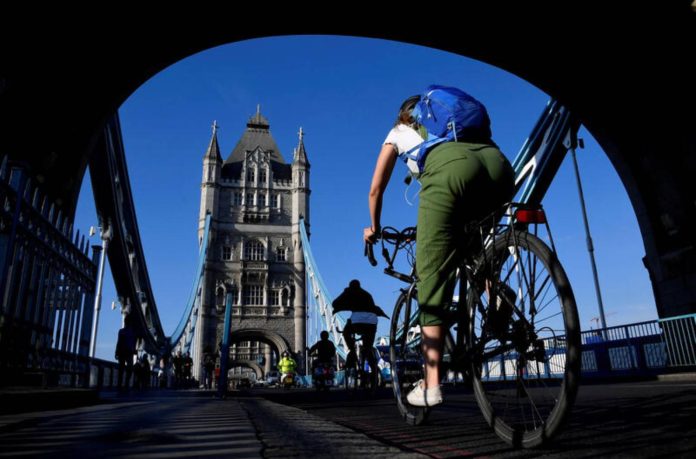 BARCELONA: Development funding for efforts to tackle air pollution falls far short of what is needed in a world where nine in 10 people breathe air that is damaging their health – a problem thrown into sharp focus by the pandemic, researchers said on Monday.

A report released to mark the first International Day of Clean Air for Blue Skies showed grant funding for initiatives to curb air pollution amounted to $273 million from 2015 to 2019.

That is a tiny fraction of the development aid provided by governments and philanthropic organisations – yet devoting more cash to clean air could boost other global goals too, it said.

Former U.N. Secretary-General Ban Ki-moon noted in a foreword that outdoor air pollution is responsible for more than 4 million deaths each year, but political will to address the problem is increasing as evidence of the damage becomes clearer.

This year, the COVID-19 pandemic has demonstrated how the world can pull together when faced with “an existential threat”, Ban wrote. He called for global collaboration and bold leadership to address poor air quality.

“With a strategic and well-resourced approach to cleaning our air, we can improve health, build resilience to future pandemics, boost productivity, reduce health costs, and help tackle climate change,” he added.

Inger Andersen, executive director of the UN Environment Programme, told an online event that lockdowns to curb the virus spread showed “clearer skies are possible”, but stopping economies and keeping children at home was not the way forward.

“What we want to do is to have a green transition. What we want to see is that the stimulus funds that are now available are being put into a greener future for tomorrow,” she added.

In the new report, the nonprofit Clean Air Fund, which works to combat air pollution and raises money for that aim, tracked $118 million in grants from philanthropic foundations to improve outdoor air quality in the last five years.

At least another $155 million came from official donors, including governments and development banks, it found.

That compares to nearly $153 billion in total development assistance from the world’s wealthy governments in 2019.

The air quality funding measured in the report backed projects from technology to measure levels and sources of air pollution, to educational campaigns, fitting scrubbers to industrial chimneys and introducing cleaner electric buses.

The research showed that loans to improve air quality were far higher than grants, with $2.4 billion going to that purpose in the five-year period, mainly to support activities in China, which launched a major bid to cut pollution.

Matt Whitney of the Clean Air Fund told the Thomson Reuters Foundation that while grant funding had fallen between 2018 and 2019, the overall trend was for it to grow.

While aid may be squeezed due to economic recessions near term, studies have shown how respiratory and heart conditions linked to air pollution make people more susceptible to contracting and suffering severe symptoms of COVID-19, he said.

Lockdowns had also revealed the speed with which air quality could be improved with less traffic and industrial activity, making urban areas more livable, he noted.

“There really is an opportunity to tackle this problem. We know what the solutions are, the benefits can be felt immediately, and who doesn’t want to have healthier people and cleaner air?” he said.

In a survey conducted by the Clean Air Fund in May and June, at least two-thirds of citizens in Britain, India, Nigeria, Poland and Bulgaria said they supported stricter regulation to tackle air pollution.

In Nigeria and India, more than 90% of respondents wanted to see air quality improved in their area.

On Monday, Colombia’s capital Bogotá and Rio de Janeiro in Brazil joined 35 other cities worldwide in recognising breathing clean air as a human right and committing to set targets to cut pollution and implement clean air policies by 2025.

“The pandemic taught us that we have to change the way we work, consume and transport ourselves,” said Bogotá Mayor Claudia López. That meant burning less gasoline and diesel, and walking and cycling more, she added.

Whitney of the Clean Air Fund said spending development aid on cleaner public transport was an efficient use of money because it tackled both air quality and climate change while enabling people to access jobs and services more easily.

The report urged governments and foundations to join up their efforts on cleaner air for broader reach and impact.

“If we can deliver (clean air), we will also unlock solutions to other critically pressing problems, like climate change and deadly diseases,” said Maria Neira, director of the World Health Organization’s public health and environment department.

“The benefits would reach the poorest and most vulnerable first,” she added.