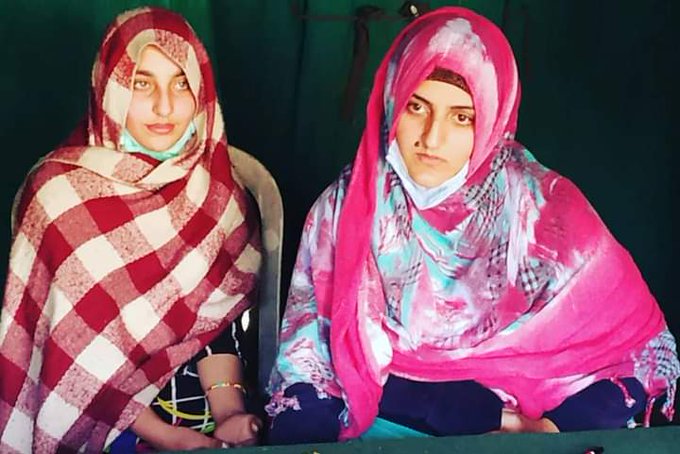 In Jammu and Kashmir, two minor sisters from Pakistan Occupied Kashmir were detained on sunday after they inadvertently crossed the Line of Control (LoC) in Poonch district. AIR Jammu Correspondent reports that the girls were apprehended near Sarla in Sub Sector Gulpur at around 08:45 AM this morning. The two girls namely, Laiba Zabair (17) and her younger sister Sana Zabair (13), residents of Abbasspur in Kahuta Tehsil of Pakistan Occupied Kashmir, were noticed moving into this side by Indian troops deployed along the LoC in Poonch sector. After legal medical formalities the duo were handed over to police and Local administration for further questioning. A defence spokesperson has that efforts are being made for their early repatriation.