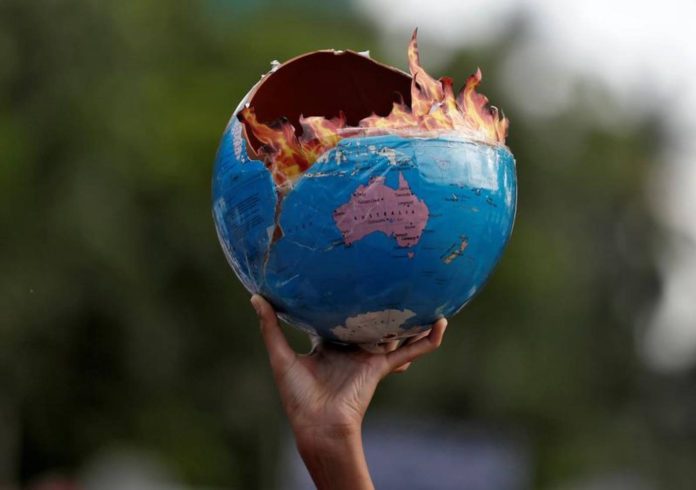 ROME: After enduring the hottest decade on record, India aims to keep its homes and workplaces cool without raising energy consumption with one simple change: raising the temperature settings on air conditioners.

The government has mandated a default temperature of 24 degrees Celsius (75 degrees Fahrenheit) instead of the standard 20-21C (68-70F) for units made or sold from the start of this year and wants commercial buildings to keep air conditioning at that level.

The measure could cut national energy consumption by 24% for households and 20% for businesses, according to Gabrielle Dreyfus, co-author of a report published on Friday that called for a switch to more energy-efficient cooling systems.

The United Nations report said that while cooling devices like air conditioners and refrigerators are crucial to human health and the global economy, emissions from the fossil fuels used to power them could worsen climate change.

“Doubling the energy efficiency of the cooling equipment… can save something like 1,600 medium-sized power plants from being built by 2030,” Durwood Zaelke, co-chair of the report’s steering committee, told the Thomson Reuters Foundation.

“That’s a tremendous amount of conventional and climate pollution you can avoid,” said Zaelke, who heads the Institute for Governance & Sustainable Development, a U.S. think tank.

This should be a focus in post-pandemic recovery plans, said the report, which follows recent heatwaves in the United States and Siberia.

As climate change brings ever-hotter days, worldwide demand for cooling appliances is growing – by up to 10 devices every second on top of an estimated 3.6 billion that are currently in use, the report said.

It also said phasing out climate-warming refrigerant gases known as hydrofluorocarbons (HFCs) could help the world avoid up to 0.4C of global warming by 2100.

The difference is substantial in the context of the 2015 Paris Agreement on climate change that aims to limit warming to 1.5C above pre-industrial times to prevent crises such as food and water shortages, rising seas and worsening weather events.

Better building design could also help by reducing consumption or the need for cooling as well as create jobs, the report said.

Another way is to develop national plans to address rising cooling needs but without the corresponding rise in emissions, like India, China and Rwanda have done, Zaelke said.

Others like Ghana have banned “zombie” appliances – cheap, outdated fridges and air conditioners discarded mostly from homes in Europe and then illegally resold that release HFCs.

Globally, more than one billion people lack access to cooling, which puts their health and safety at risk, and a further 2.2 billion are only able to afford cheaper, less energy-efficient cooling, a separate report published on Thursday said.

Mobilising finance for the sector is crucial because while upfront costs might be high, energy efficient technologies often pay for themselves in savings within just a couple of years, said Dreyfus.

“These technologies exist. We just need to put in place the policies and mechanisms to make them more accessible to people.”