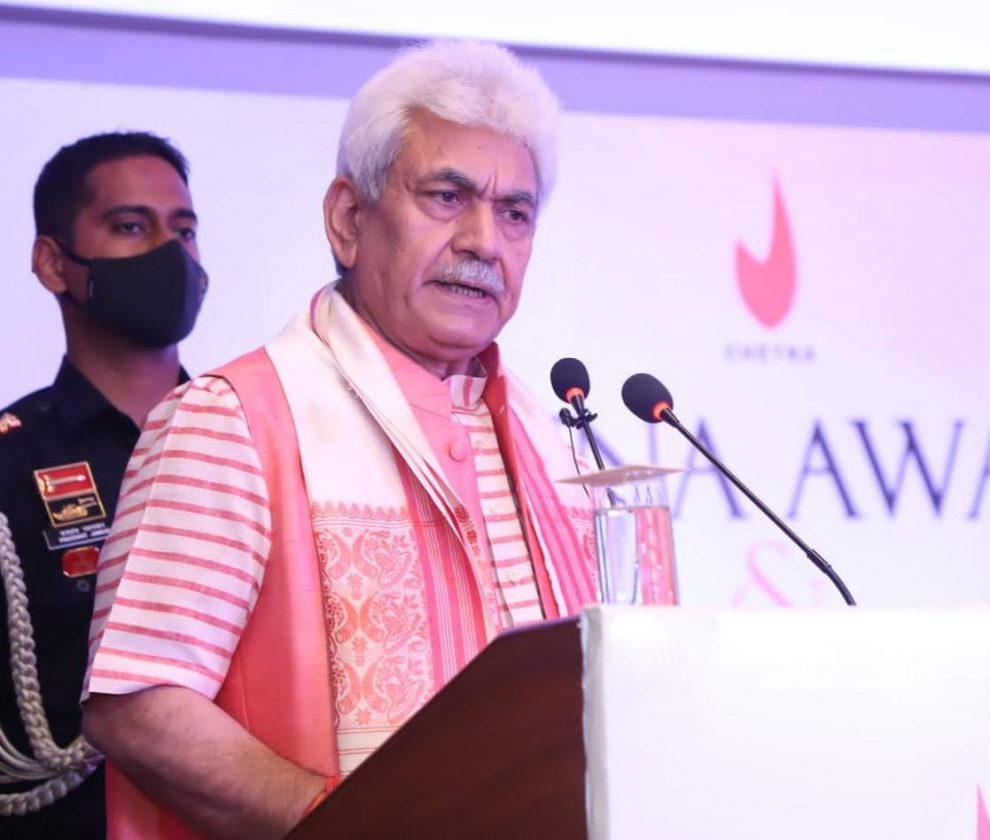 Says Ganderbal to have important buildings in name of Sheikh Abdul Jabbar;

SRINAGAR: Jammu and Kashmir Lieutenant Governor Manoj Sinha Saturday the Schools, Colleges, bridges and other buildings will be named after the “great heroes and sons of the soil”, laid their lives for the protection of country’s integrity, peace and prosperity in J&K.

“We can’t forget the contribution of bravehearts who sacrificed their lives for the integrity of the country and those who kept the national flag high in J&K. Schools, Colleges, Universities, Hospitals, and even bridges will be named after these great heroes as they deserve it,” LG Sinha said.

He was speaking on the occasion of 32nd death anniversary of Sheikh Abdul Jabbar at Lar, Ganderbal. The LG said that in Ganderbal district, important buildings will be named after Sheikh Abdul Jabbar who fell to the bullets of militants 32 years ago for his commitment towards country’s sovereignty, peace and prosperity in J&K. “He was a great son of soil whose patriotism can never be forgotten,” the LG said.

“Great men like Sheikh Abdul Jabbar never die, rather they continue to live in many ways. Ishfaq Jabbar is following into the footsteps of his great father and keeping his legacy of commitment towards country’s sovereignty, peace and prosperity in J&K, alive,” the LG said, adding Ishfaq’s wife who is also DDC member, is also working to strengthen the panchayati raj system by ensuring round the clock development of Ganderbal district.

He said that his government is committed to end corruption by ensuring minimum human interference. “Everything is being conducted online and that’s the best way to end nepotism and corruption,” the LG said, adding that E-Governance is flourishing and J&K is getting involved in E-Governance mode.

He said that one lakh crore worth highway and tunnel projects are underway in J&K at present. “In the past one year, more than Rs 52000 Cr investments have been received. Rs 4500 crore worth investment is coming with regard to private hospitals etc,” he said, adding that in next one year, Rs 70,000 Crore investment proposals will be received that will generate 5 to 6 lakh job opportunities—(KNO)