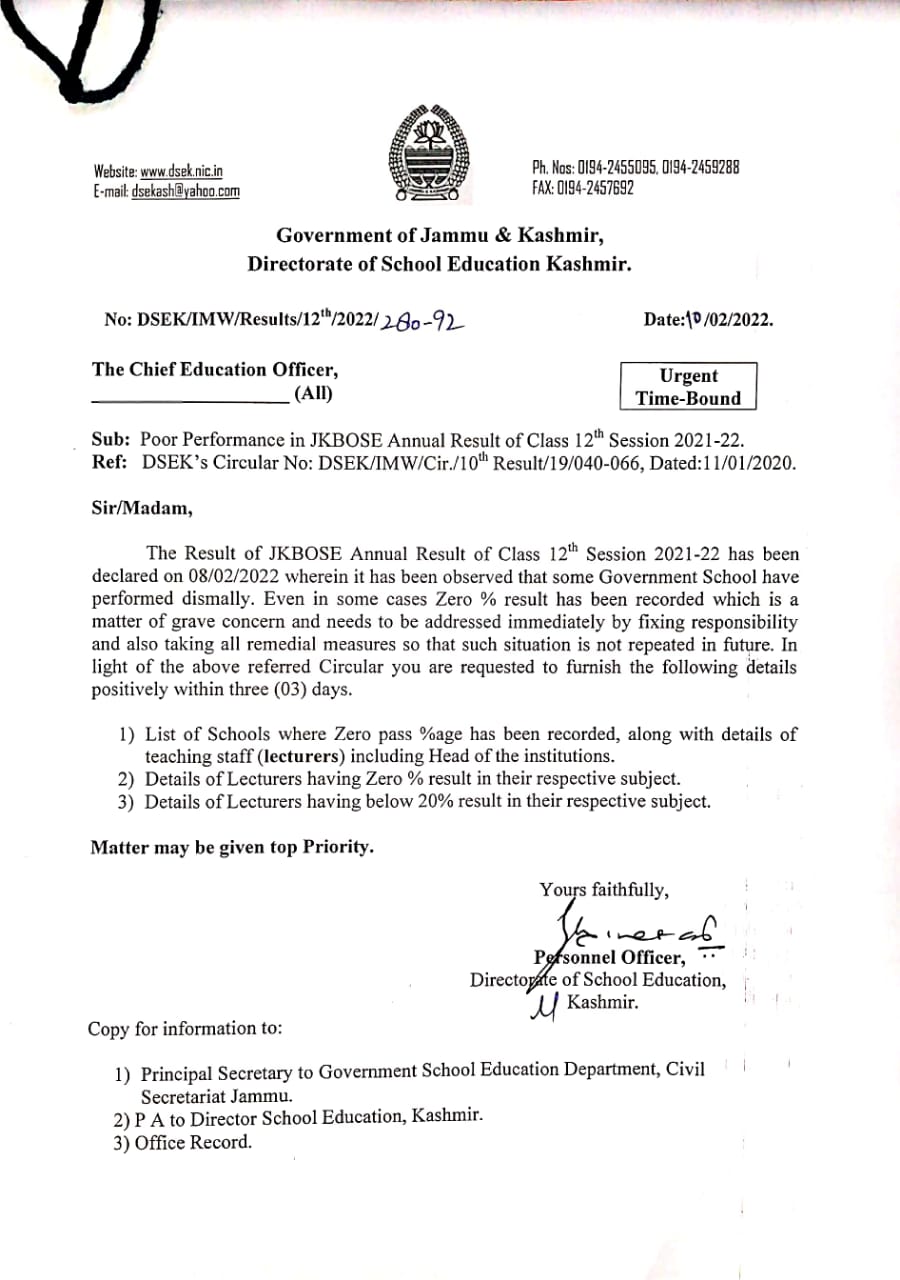 SRINAGAR: The Directorate of School Education Kashmir (DSEK) on Thursday asked the Chief Education Officers to submit the details of government schools that have recorded poor performance in recently announced annual regular results of 12th standard.

Top officials at the Directorate of School Education Kashmir (DSEK) said that the Chief Education Officers (CEOs) in this regard have been asked to submit the list of such schools and teaching staff that did not perform well in the exams.

DSEK has said, “The annual regular result of Class 12th for session 2021-22 has been declared on February-08-2022 wherein it has been observed that some government schools have performed dismally.”

“Even in some cases zero per cent results have been recorded which is a matter of grave concern and needs to be addressed immediately by fixing responsibility and also taking all remedial measures so that such a situation is not repeated in future,” DSEK said.

The top officials in this regard have asked the CEOs to submit the details of such schools having low pass percentages and a list of the teaching staff respectively within three days.

“Submit the list of schools where zero pass percentage has been recorded, along with details of lecturers, including Head of the institutions,” DSEK said.