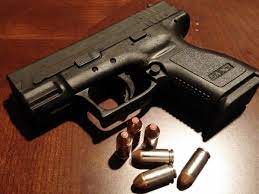 New Delhi: The Enforcement Directorate on Monday said it has seized “incriminating” documents that allegedly indicate transactions between weapon dealers and bureaucrats in issuance of illegal arms licences in Jammu and Kashmir between 2012-16.

The agency, which is probing the case under the anti-money laundering law, said it had launched raids against some IAS and Kashmir Administrative Service (KAS) officers, junior government officials and arms dealers on March 24 across the Union territory.

Cash worth Rs 1.58 crore, 1.76 kg gold valued at about Rs 92.30 lakh and “digital exhibits” have been seized, the federal probe agency said.

“Incriminating documents in the form of property documents and loose papers revealing transactions between the arms dealers/brokers and government officers/officials have been seized,” it said.

The ED case registered under the Prevention of Money Laundering Act (PMLA) stems from an August 2018 FIR of the CBI (special crime branch, Chandigarh) where it was alleged that bulk issuance of arms licences has taken place in Jammu and Kashmir between 2012-2016.

About 2.78 lakh arms licenses were issued to various defence and paramilitary personnel by “flouting” the prescribed guidelines, and due procedure in lieu of “illicit” monetary consideration which was paid to government officers/officials through arms dealers/brokers, and proceeds of crime were generated, the ED said.

The agency said its initial estimation has found that the alleged illegal activity led to generation of ‘proceeds of crime’ to the tune of Rs 40 crore.