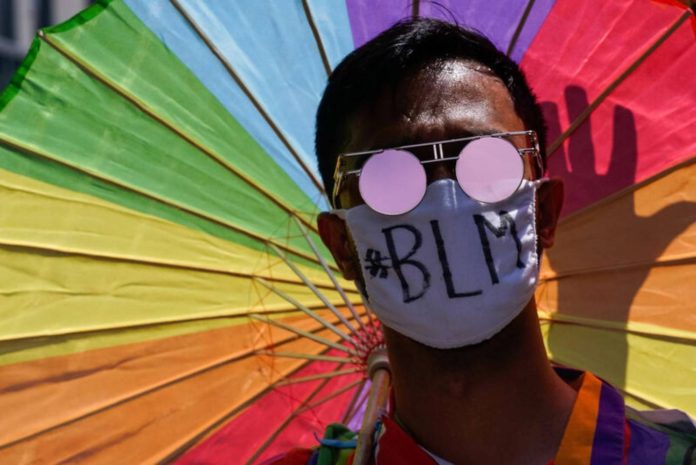 MEXICO CITY: Black LGBT+ people are getting struck hard economically by the coronavirus pandemic in the United States, according to a study published on Tuesday, and are more likely to have lost jobs or had work hours reduced than their straight, white peers.

The study by the Human Rights Campaign (HRC) advocacy group found Black LGBT+ people were more than three times as likely to ask for a delay paying rent than was the general population and nearly twice as likely as non-LGBT+ Black people.

The economic impact comes on top of death rates and infections from COVID-19 that have been disproportionately high among Black Americans.

Nearly a quarter of U.S. deaths from coronavirus have been Black people, despite their making up 13% of the population, according to the U.S. Centers for Disease Control and Prevention (CDC).

“Even as Black communities, especially Black trans communities, across the country are reckoning with racism and violence, Black LGBTQ people are also being disproportionately impacted by COVID-19,” said HRC President Alphonso David.

More than 4.6 million cases of the highly contagious coronavirus have been reported in the United States, according to Reuters data, with some 150,000 people dying of the disease.

Closings and lockdowns designed to slow the virus’ spread have battered the economy, with the U.S. gross domestic product seeing its sharpest decline in the second quarter since the government started keeping records 73 years ago.

One consequence has been the widest gap in U.S. unemployment rates between Black and whites in five years.

“It’s no surprise and should be a shock to no one that Black people have always found themselves in a position of being at the bottom,” said J. Maurice McCants-Pearsall, director of HIV and health equity at HRC.

“Now that the bottom is falling out due to the pandemic … people are really getting to see firsthand what it’s like for people of color, particularly Black LGBTQ folk,” he told the Thomson Reuters Foundation.

The research from HRC showed Black LGBT+ Americans, already facing discrimination because of race and sexual orientation or gender identity, coming under pressure in the growing financial crisis.

Nearly a third of Black LGBT+ respondents had their work hours reduced due to COVID-19, while for non-gay and non-trans Black people, the rate was less than a quarter, the study found.

Also, 18% of Black gay and trans people reported losing their jobs due to COVID-19, compared with 16% of straight Black respondents and 12% of the general population.

The HRC survey of 10,000 U.S. adults was carried out in partnership with analytics consultancy firm PSB between April 16 and July 8.