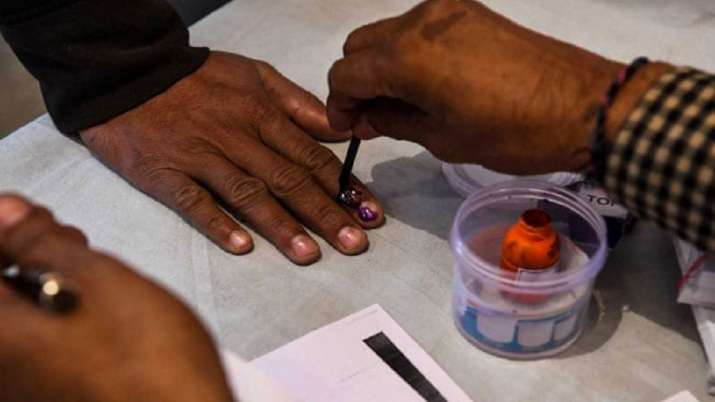 SRINAGAR: In an indication that elections could be held later this year or earlier next year, the Election Commission has ordered a special summary revision of electoral rolls in the Union Territory Jammu and Kashmir after a gap of three years.

In a letter to J&K’s chief electoral officer the poll-body has directed that entire exercise of special summary revision shall be completed by October 31, 2022 with final publication of electoral rolls.

“Consequent upon amendment in Section 14 of the Representation of the People Act by Election Laws (Amendment) Act, 2021, as notified vide the Gazette of India notification No. 67, dated 30 December 2021 and corresponding changes in the Registration of Electors Rule, 1960 notified on 17th June, 2022, four qualifying dates, namely, 1″ January, 1″ April, 1 July, and 1 October are available in the law. In view of the reason explained in the preceding paragraph, the Commission has decided to order SSR, 2022 with respect to 01 October,

2022 which is the next qualifying date for preparation of electoral roll, after conclusion of the ongoing pre-revision activities,” reads the letter to CEO.

“Accordingly, the Commission has directed to carry out the revision activity for Special Summary Revision of Photo Electoral Rolls w.r.t 01.10.2022 as the qualifying date in UT of Jammu and Kashmir,” it further states.

The revision of electoral rolls couldn’t be undertaken in Jammu & Kashmir due to August 5, 2019 constitutional changes and delimitation exercise.

“I am directed to state that as per existing policy, revision of electoral rolls with reference to 1 January of the coming year as the qualifying date is done in later part of each year in all States/UTs (normally in the last quarter of a year) so that final publication of the electoral rolls could be made in the first week of January of the succeeding year. However, due to various administrative reasons, this annual revision of electoral roll could not be undertaken in Jammu and Kashmir after SSR, 2019. In the meantime, delimitation exercise of constituencies in the Union. Territory was also in progress and the finally delimited constituencies were notified by the Delimitation Commission on 05th May, 2022,” the letter states.

As per schedule announced by the ECI, the integrated draft electoral roll shall be published on September 01, 2019.

According to the poll-body, the claims and objections can be filed between September 01 to September 30 and they shall be disposed of by October 15.

The final publication of electoral rolls shall be done on October 31, the schedule states.

As per the letter, the CEO shall ensure that all activities of pre-revision exercises as prescribed in Commission’s letter dated 10.06.2022 shall be completed before draft publication of electoral roll—(KNO)

Join The Dispatch Whatsapp Group to stay updated
The Dispatch is present across a number of social media platforms. Subscribe to our YouTube channel for exciting videos; join us on Facebook, Intagram and Twitter for quick updates and discussions. We are also available on the Telegram. Follow us on Pinterest for thousands of pictures and graphics. We care to respond to text messages on WhatsApp at 8082480136 [No calls accepted]. To contribute an article or pitch a story idea, write to us at [email protected] |Click to know more about The Dispatch, our standards and policies
Tags#thedispatch #Election