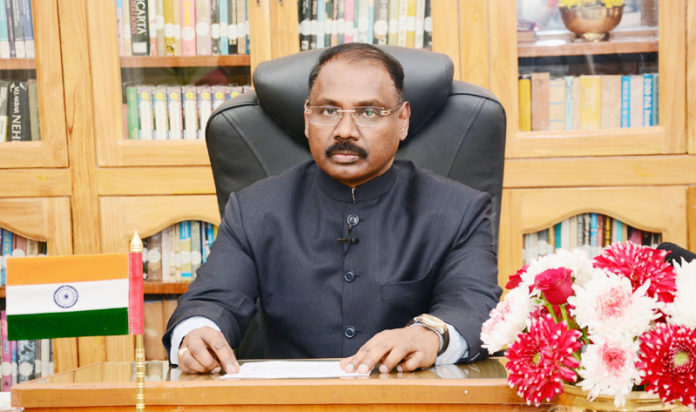 Taking exception to statements reportedly made by Jammu and Kashmir Lieutenant Governor G C Murmu to various news publications that Assembly elections in the Union Territory would be held after the delimitation exercise, the Election Commission of India (ECI) on Tuesday said the Constitutional scheme of things and timing of elections is the sole remit of the poll body. 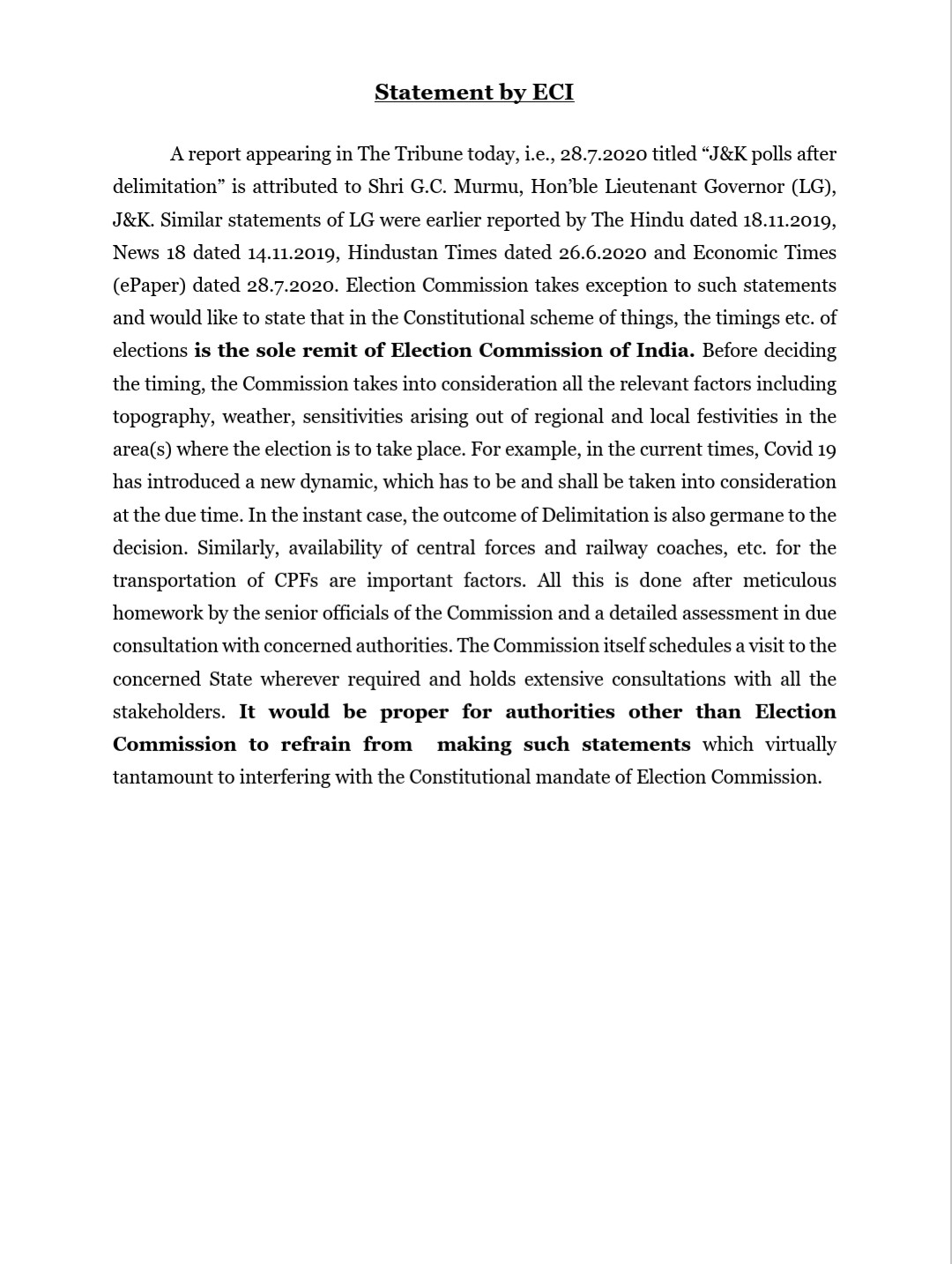 The poll body further said, “The EC, before coming out with the election dates, takes relevant factors into consideration including the topography, weather, sensitivities arising out of regional and local festivities in the area(s) where the election is to take place.”

“In current time, Covid-19 has introduced a new dynamic, which has to be and shall be taken into consideration at the due time. In the instant case, the outcome pf delimitation is also germane to the decision. Similarly, availability of central forces and railway coaches etc, for the transportation of CPFs are important factors. All this is done after meticulous homework by senior officials of the Commission and a detailed assessment in due consultation with concerned authorities,” the statement read.

However, the first Lieutenant Governor of the Union Territory of J&K, in an interview , did say it was for the EC to decide the election dates.

Murmu said, “The Election Commission has to take a decision, whether they will do it as per earlier delimitation, or they will work as per the new delimitation. I hope that by the turn of this year, some kind of process will start.”

Elections have not been held in Jammu and Kashmir since the BJP-PDP alliance government collapsed almost two years ago.