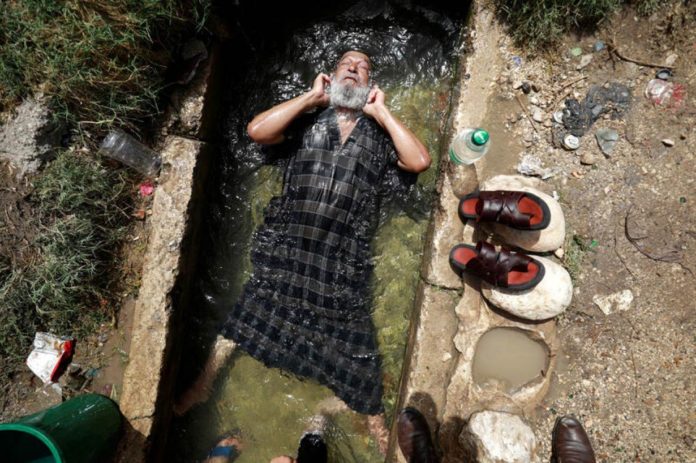 LONDON: From spray parks in water-short Cape Town to heat-reflecting pavements in Tokyo, cities around the world that face worsening heatwaves as the planet warms are rapidly adopting innovations to try to beat increasingly deadly heat.

But ensuring the measures help those most at risk remains a challenge, for reasons ranging from racial discrimination to funding and policy deficits, as well as misperceptions about who is most vulnerable and where, heat experts said this week.

With television reports on heat risks often featuring images of sweating joggers or outdoor workers, many people do not realise they also threatened inside, she said.

The elderly, disabled and those hesitant to leave home may be unable or unwilling to go to parks or cooling centres – and many lack air-conditioners or the money to run them, putting them at particularly high risk.

“We need to be able to level that playing field by putting public investment in those areas,” she said. “Otherwise people will perish from the climate crisis.”

Medellin, Colombia’s second-largest city, is one place that has made significant strides toward lowering heat risks in poor areas, said Regina Vetter, who manages the Cool Cities Network, part of the C40 group of cities working on climate action.

It has also focused on creating cool, inviting public spaces in poor areas, as well as jobs for their residents who are trained by the city’s botanic gardeners to take care of the new vegetation, Vetter said.

The Cool Cities Network has about 30 major cities as members, and is adding a city every month or two as more metropolitan areas seek advice on rising heat threats, with climate change bringing hotter summer temperatures.

“It really is becoming such a prominent issue all around the world,” Vetter said.

Cape Town, concerned about water scarcity, has focused on installing water-thrifty spray parks rather than swimming pools to cool residents on hot days, she added.

Tokyo, meanwhile, has laid 126 km (78 miles) of reflective pavements, in part to cool the marathon course for the now-delayed Olympic Games.

Cities like Buenos Aires are running workshops for elderly residents on heat risks and creating a communications network to alert them to heatwaves with phone calls and texts.

And others such as Madrid are installing real-time heat sensors – some mobile, mounted on bikes or backpacks – to give a clearer sense of where heat risks are highest, Vetter said.

One of the smartest way to fund changes, she said, was to piggyback on work already being planned in cities, from road and sidewalk repairs to school upgrades or tree planting campaigns.

Jeffrey Raven, director of the New York Institute of Technology’s graduate programme in urban and regional design, said it was important to bring residents, climate scientists and urban designers together to look jointly for answers.

“We work with the communities on the kinds of issues they’re facing: job creation challenges, access to services, public health, red-lining, things of that nature,” said Raven, an architect and specialist in sustainable urban design.

Solutions that address those concerns and heat risks together can be the most effective and welcome, he added.

Getting businesses on board with heat-reduction efforts – through government policy or cost-savings from less air-conditioning in well-designed buildings – also is key, said Calvin Kwan of Link REIT, Asia’s biggest real estate investment trust.

The coronavirus pandemic this year has complicated efforts to protect vulnerable city residents from heat, the experts said, as many public and private cooling spaces – from malls to libraries and pools – are closed or limiting entry numbers.

The city also is petitioning the state government to give poorer families financial aid to pay summer utility bills – just as some now receive help paying for winter heat, she said.

That “would allow us to not have to choose between putting food on the table and staying cool in the summer”, she added, warning that by 2050 New York summers are predicted to be as hot as today in Birmingham, in the southern U.S. state of Alabama.

New York City has for many years considered setting a maximum permitted indoor summer temperature in rental properties, just as it has a minimum temperature for winter, Charles-Guzman said.

But that has “been very difficult to achieve”, she added.

The poor and vulnerable should continue to be the focus of efforts to ease heat risks in New York and elsewhere, she noted.

“Our communities are simply not on the same level and they require targeted and different interventions to stay safe, especially in a changing climate,” she said.