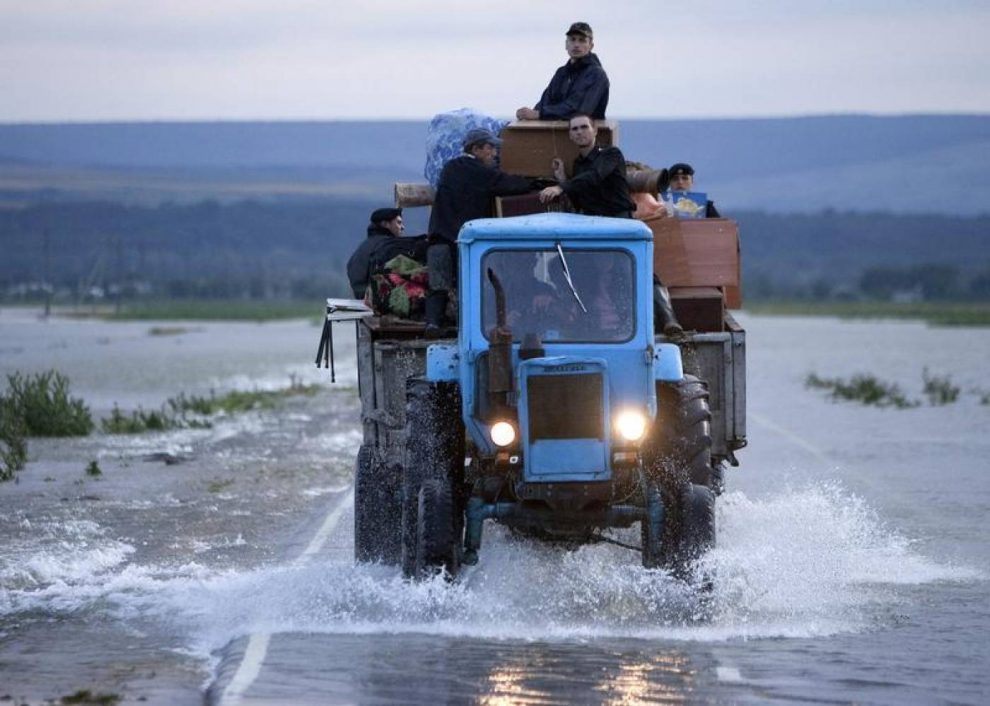 LONDON: While many young climate activists aim to cool an overheating planet and protect nature, Vladislav Kaim worries about another threat in a warming world: debt-laden economies with few jobs for his generation and workers trapped in dying industries.

“Of course we want to save our planet. It is in everyone’s enlightened self-interest,” said the 25-year-old Moldovan, one of a group of youth advisors to U.N. Secretary-General Antonio Guterres on climate change and sustainability.

“But we also want to eat and have a job and have a guarantee our children will live better than we do,” said Kaim, who earned an economics degree in Moscow and is now working on a master’s at Sweden’s Lund University.

Kaim has a better view than many young activists of the economic threats of climate change – and the risks of wresting the global economy onto a low-carbon path that leaves old-industry workers behind.

His fiance hails from a long-time mining and steel hub in Sweden’s Arctic north, and his own country is Europe’s poorest, still battling to recover from a rapid, painful shift to a market economy when the Soviet Union collapsed 30 years ago.

“We didn’t transition to capitalism super gradually. We had shock therapy and it was more shock than therapy,” he told the Thomson Reuters Foundation in a video interview.

That experience has given the young economist a particularly acute understanding both of the failings of today’s global economic model – and the perils of changing it swiftly.

“What we count in our economic systems sometimes or often times does not coincide with what we consider being of value,” he said.

“People who say GDP has gotten obsolete are right.”

Globally, a growing number of economists say relying on gross domestic product (GDP) as the main measure of progress is a prime driver of worsening environmental degradation, loss of nature and climate change.

Because the price of emitting climate-heating gases has been too low, and there is no economic value put on natural services such as forests generating clean air and water, incentives to protect the climate and nature are lacking, analysts say.

Too many people also continue to see climate change action or economic growth as opposite choices, when in fact they depend on each other, said Kaim, who grew up in a middle-class home in Chișinău, Moldova’s capital.

He is particularly unhappy that governments worldwide have poured trillions of dollars of coronavirus stimulus cash into fossil fuel industries and other policies that are not green.

At the end of 2020, research by think-tanks Vivid Economics and Finance for Biodiversity showed that among wealthier G20 countries, 15 had announced stimulus packages that would have a net negative impact on the environment.

With much of that spending coming from borrowing, a double burden of debt and climate threats will land squarely on the young, Kaim warned.

“That money is not being used to invest in us, in our jobs and climate action. But the debt will be on us,” he said.

Kaim got his start in environmental and youth activism as a teenager, when he wrote a prize-winning story about Moldova’s polluted Dniester River.

Later, at university, he helped found a group to raise awareness of sustainability goals, and give students real-world negotiating experience.

Today, he is combining his climate activism, negotiating and emerging economic skills as a member of the U.N. Secretary-General’s youth advisory group, doing that work as a volunteer alongside studying.

He and others in the group aim to win a real voice for young people in negotiations that concern them, rather than serving as token representatives, which they see as a continuing problem.

“Of course young people are invited, are used to sharing stages,” said Marie-Claire Graf, the Swiss head of the U.N. climate secretariat’s youth constituency and a formal climate negotiator for Switzerland.

But “in the end, the outcomes are not in line with what we’re demanding” – on everything from faster climate action to climate justice and green jobs, she said.

Activists like Kaim, who bring an economic framing and a “very interesting personal perspective”, may eventually help shift that, she said.

Kaim said young climate activists had responded to the roadblocks in part by increasingly organising their own events.

For instance, they held their own online “Mock COP26” late last year to replace the pandemic-delayed U.N. climate summit.

The event produced a negotiated outcome similar in style to that produced at the U.N. talks, including demands for a climate-smart recovery from the coronavirus pandemic and recognition of a new human right to a healthy environment.

“We’ll go out there and DIY our own events and consultations and reports – and whatever else is possible,” said Kaim, Moldova’s representative at the Mock COP.

The young economist pointed to the “yellow vest” protests in France, sparked in 2018 over an ill-explained boost in fossil fuel taxes, as an example of the dangers of getting the coming shift to renewable energy wrong.

And before that, former U.S. President Donald Trump rose to power in part on the backs of Americans who “had certain economic shortcomings brewing in their communities” and were won over by his promises of jobs, Kaim noted.

Ensuring there is a “just transition”, where people get training and help to shift to new, greener jobs, will be crucial to winning the broad support needed for effective action on climate change, he added.

“The net-zero transition will have its losers and winners – and those are real people with real families to feed. They have a real stake in this,” he said.