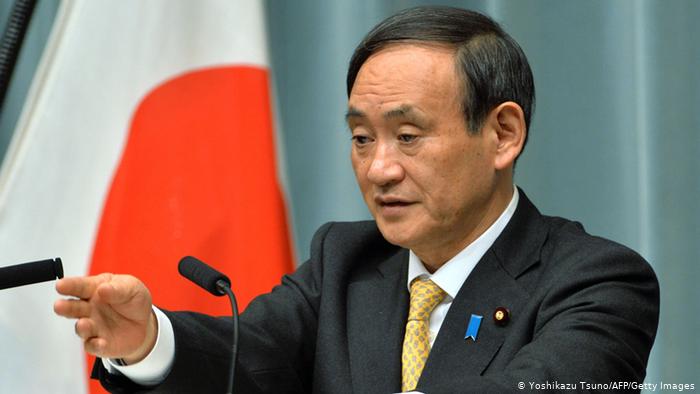 2020 has been an unusual and strange time for the region in which the ongoing trends continued but with few twists and turn.

The year 2020 has indeed been quite unprecedented. Apart from many other things, the outbreak of the Covid-19 pandemic has substantially changed Inter-state exchanges, though most of the changes manifested in 2020 were already in the process in the pre-pandemic era. The pandemic has just hastened and strengthened them. In East Asia also important developments took place in 2020 which are related to changes happening in the pre-pandemic period as well as due to the pandemic itself.

The first important development in East Asia in 2020 has been related to the Covid-19 pandemic as it began from a Chinese city Wuhan and first spread in East Asia and then became a global pandemic. In any usual year, the first important development in East Asia would have been related to North Korea nuclear and missiles issues but the pandemic emerged arguably as the most important development in the region in 2020. The pandemic affected China, Japan and South Korea in early-2020 but fortunately, its effect has been contained by these countries better than most of the other regions of the world. Till 22 December 2020, the total cases of the Covid-19 so far in China, Japan, and South Korea have been around 86000, 200000 and 52000 and the total deaths have been around 4600, 2944 and 729 in these three countries. North Korea officially has not reported any case or death because of the Covid-19. Even though another phase of infection has erupted in South Korea and Japan, relatively, the pandemic is better managed so far by the East Asian countries. It’s also important to underline that the economic cost of the pandemic is also relatively low in the region. As per the IMF estimates, East Asia is going to be the only region in the world where the GDP growth rate would be positive, though it would come down to 0.9 per cent in 2020. The two countries- one non-democratic and another democratic which dealt with the pandemic well- China and South Korea both are located in East Asia. South Korea successfully conducted its National Assembly elections amidst the pandemic.

The second important development in the region could be identified as a growing gap between the US and countries of the region. In 2020, expectedly the multilayered contests between the US and China further intensified but the US relations with South Korea and Japan, who are security allies of the US in the region, also saw a widening of the gaps. Actually, the Trump administration in June 2020 withdrew around 10000 troops from Germany and also announced ‘rotational deployment’ of the US troops in foreign countries and both Japan and South Korea saw it as a dilution of the US commitment to their security. The US demanded its allies to share more financial burden to station American soldiers in their countries and it remained a bone of contention between the US and Japan as well as between the US and South Korea. On the issue of Indo-Pacific strategy also, South Korea remained reluctant to support and participate in it and Japan diluted its stand from characterising it as a ‘strategy’ to ‘vision’ in its recent official documents. The US disconnect with North Korea in 2020 also got widened. In 2018 and 2019, the US has one and two summit meets respectively with the North Korean leader Kim Jong-un but in 2020, even official level exchanges between the US and North Korea became quite limited.

The third important development in the region has been growing cooperation between China and Japan as well as China-South Korea. It is quite strange that when China is being blamed for the origin as well as the spread of the Covid-19 and its actions in South China Sea, East China Sea and India-China border along with its imposition of a security law on Hong Kong are being criticized and there is a sentiment to isolate China, the two very close allies of the US in the region are getting closer and cooperating seamlessly with China. Actually, both South Korea and Japan maintained or enhanced their economic as well as medical exchanges with China amidst the pandemic. Actually, to show solidarity with China’s fight against the Covid-19, Tokyo Tower in Japan was lit. South Korea also agreed with China in early-May 2020 to have a special arrangement for the smooth exchange of business leaders and scientists between them. Here it is important to state that even though South Korea and Japan have forged closeness with China and perceived some gaps in their policy priorities with the US, the structural constraints such as their security alliance with the US and few other factors would not allow them to take a big turnaround. China has also been able to maintain and deepen it’s connect with North Korea from the late-2017 and the trend continued in 2020.

The fourth important development in East Asia could be identified as a continuation of the rift between Japan and South Korea. After South Korean courts order in 2018 on the issue of war-time slavery, South Korea’s relations with Japan have suffered a lot. Japan and South Korea remained loggerhead on the issue of history and territorial disputes, issue of trade including removing each other from their ‘white-list’, and the General Security of Military Information Agreement (GSOMIA). In 2020, both the countries kept their contest simmering even though there was a change of the top leader in Japan. Actually, their bilateral mistrust remained so high that the new Japanese Prime Minister Yoshihide Suga refused to participate in an annual trilateral meeting which was to be held in Seoul this year.

The fifth important development in East Asia in 2020 remained to be related to the North Korean issues. There was no substantial progress in the process of denuclearizing North Korea’s denuclearisation and diplomatic tug of war between the US and North Korea continued. A frustrated North Korea decided to punish South Korea for the US tough posture and destroyed the inter-Korea liaison office in Kaesong. It also strongly raised the issue of ‘derogatory’ leaflets which were being sent from South Korea to North Korea. It led to a slight downturn in the inter-Korea relations in 2020. The opaqueness of the domestic politics of North Korea also got manifested in 2020 when the rumours of death or serious illness of Kim Jong-un and his power struggle with her sister Kim Yo-jong were widely reported when Kim Jong-un was not seen in public for almost a month. However, Kim Jong-un again reappeared and the rumours got subsided.

In brief, the year 2020 has been an unusual and strange time for the region in which the ongoing trends continued but with few twists and turn.