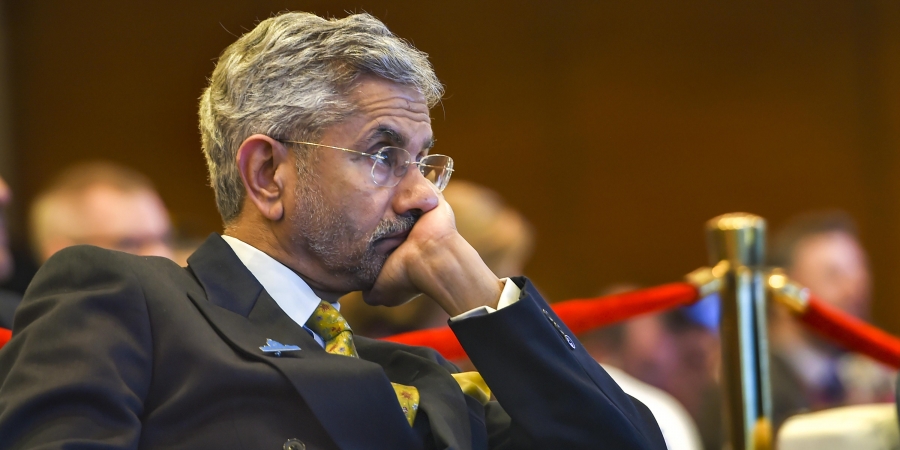 The External Affairs Minister S. Jaishankar, delivering the keynote address at the 13th All India Conference of China Studies, outlined a set of eight principles to deal with China. While they reflect an innovative thinking, they also sound like a moral commentary on Indian foreign policy. I have worded the title metaphorically, not as diplomatic lingo, to drive home the point.

Arguably, the principles adumbrated by EAM are a set of platitudes falling far short of international political realism. His stress on ‘mutual’ and reciprocity amount to wishful thinking in competitive and confrontational politics for power and domination. He said the relationship should be based on mutual respect, mutual sensitivity and mutual interest.  These are idealistic and desirable in any bilateral relations but not practicable in dealing with China.

Interestingly, China has reacted positively to Jaishankar’s template of eight principles meant to repair India-China ties. Beijing seems to have liked Jaishankar’s approach and has said only that the border issues need not affect other relations like perhaps trade and investment etc. Beijing’s tactic of salami slicing territory while being open to negotiations and business-as-usual should not be lost on mandarins in the South Block or on China observers. Also to note that China’s appreciation is like a bear hug.

Decoding the principles, first, “Agreements already reached must be adhered to their entirety, both in letter and spirit”. The EAM was perhaps reminding or reprimanding the Chinese that they are a serial killer of agreements. With their predatory actions in Galwan and Ladakh, they have violated the agreements of 1993, 1996 and 2013. It was agreed in 1993 that if any of the parties – India and China- is found to overstep the LAC that party should pull back. But Chinese PLA clearly overstepped in Galwan and Pangong Tso area and is yet to withdraw.

In 1996, the same agreement was beefed up as exercise in self-restraint if any of the party is found transgressing. The PLA did not abide. They used iron batons and rods in attacking Indian soldiers, killed in cold-blood Colonel Santosh Babu and his men when they were returning unarmed from a formal consultation. Furthermore, the 1996 agreement enjoins on both parties the responsibility of any military exercise not aimed at the other side. The massing of troops beyond agreed number by PLA along the LAC is decidedly aimed at threatening India.

In 2013, there was a bilateral agreement not to follow or trail a patrol by either side along LAC where there was no common understanding of the border. The PLA not only trailed Indian military patrol, they tried to obstruct it. In such situations, the agreement is to quickly enter into negotiations and diplomatic parleys not military confrontation. PLA has done just the reverse. It has challenged, confronted and harmed the Indian soldiers, then offered to negotiate. The moot question is, how does New Delhi ensure that Beijing adheres to the agreements? The EAM does not elaborate on it.

Second, “Where handling of border area is concerned, the LAC must be strictly observed and respected; any attempt to unilaterally change the status quo is completely unacceptable”. This is simply esoteric. Both Indians and Chinese or any other country in the world in similar situations will understand this principle. The question is what to do if either of the country violates this!

Third, “peace and tranquillity in border areas is the basis for the development of ties in other domains, noting if they are disturbed, so inevitably will be the rest of the relationship”.  This is a bold statement, a departure from the past strategy in our foreign policy. New Delhi was open to conducting relations in other areas, while freezing the area of conflict. This was our approach to Pakistan; keeping aside the Kashmir question, we were carrying out business in other areas.

The BJP government put a pre-condition of terminating support to terrorism before normal business with Pakistan could be restored. That is how even SAARC proceedings are stalled until Pakistan publicly and visibly stops supporting cross-border terrorism. It is praiseworthy of the current government to adopt a similar strategy with China as reflected in this principle. But is it really being implemented by New Delhi?

It is true that 59 Chinese apps were suspended immediately after Chinese incursion into Eastern Ladakh and recently permanently banned. But there are other apps still in operation in India. The Indian cricket team was partly sponsored by Oppo, a Chinese company. Last month, when India had secured a historic win in the test series in Australia there was a full front page advertisement in an Indian newspaper congratulating the team; and the advertisement was sponsored by BYJU, a learning app from China. In Uttar Pradesh, it was reported in the media that the Chinese company had secured a big infrastructure contract. That is after GoI put a rider on FDI from countries sharing a border with India. Such FDI would have to receive a prior approval from GoI. This provision was meant to restrict opportunistic takeover by Chinese companies in the wake of the pandemic.

Fourth, “While both nations were committed to a multi-polar world, there should be recognition that multi-polar Asia is one of its essential constituents”. I have argued in this column (“EAM Gets It Wrong”, 22 January INFA) about EAM misreading the emerging bipolarity as multi-polar world. Since the Second World War it has been bipolar politics except a short interregnum when under globalisation economy had replaced security as the driver of power politics. Again, does Beijing share EAM’s perception of a multi-polar world? Certainly not as, under ambitious Xi Jinping, China expects to replace United States as number one power or compete with it as an equal power. Obviously, neither China nor USA see the world as multi-polar. How will then EAM’s expectations be fulfilled?

Fifth, “Obviously, each state will have its own interests, concerns and priorities; but sensitivity to them cannot be one sided. At the end of the day, relationships between major states are reciprocal in nature”. Here again, the assertion is idealistic not practical. All relationships cannot be reciprocal. A big power should not expect reciprocity from a small country with fewer resources. An aggressive and expansionist regime like the present one in China will not observe reciprocity.

New Delhi should rather talk of interdependence between countries. It is a credible and viable approach propounded by political scientists of International theory Joseph Nye and Robert Keohane. This principle necessitates countries to be sensitive to each other because any action by one of them can cause upset in another country in relation to the former. The authors have further developed this principle into what is called complex interdependence which bind countries in such multiple relationships that either party cannot act unilaterally.

The rest three following principles are statement of the obvious. The sixth is, “As rising powers, each will have their own set of aspirations and their pursuit too cannot be ignored”. Seventh, “there will always be divergences and differences, but their management is essential to our ties.” Eighth, “that civilisational states like India and China must always take the long view.” Once again, the practical question is whether Beijing shares these established truths in bilateral relationship and respects them. From their anti-India actions not only on the border, in the United Nations and in support of Pakistan, it is more than clear that Beijing is not on the same page as New Delhi. So do these principles laid out by EAM appeal to Beijing let alone bite it?