Less mentioned but more complicated is an idea mooted in the course of protests over the Citizenship Amendment Act (CAA) about granting dual citizenship for some categories of migrant refugees in India. Those who raise the idea are not likely to examine its feasibility and consequences. Nor are they prepared to see how an Act condemned by them as “unconstitutional” and “communal” can become constitutionally valid if their demands are conceded. There is no provision for dual citizenship in the Indian Constitution.

Current political uproar over the CAA, raised mostly by citizens of India unaffected by the law, has thrown up several apprehensions – genuine and fictitious – and has also questioned the criteria adopted for granting citizenship to emigrants. Why migrants from three countries –  Afghanistan,  Bangladesh, and Pakistan only, and why only Hindu, Buddhist, Christian, Jain and  Parsi victims of persecution is a common question ignoring a basic point that any law may have a target group at a time and need not be general or permanent.

Advocates of Sri Lankan Tamils seem to be sore about non-inclusion of this refugee group predominantly Hindus. Though a persecuted Hindu linguistic group, it is not covered by the CAA. DMK and its allies are carrying on a campaign that the law discriminates against Sri Lankan Tamils and not just Muslims from neighbouring countries. The ruling AIADMK also, which did not oppose the CAA, wants their inclusion in the Act. Governor’s address in the Legislature which conveys the policy of the government refers to possibility of dual citizenship to Sri Lankan Tamils.

The proposition seems more like a stance to convey opposition to the Centre’s proposal than a studied solution for the problem of Sri Lankan Tamils. It seems to be the duty of State Governments and opposition parties to oppose proposals of the Centre rather than provide constructive suggestions to long-standing problems. A settlement between India and Sri Lanka for voluntary repatriation of Lankan Tamils will strengthen the cause of Tamils in the island nation whereas proposals to extend their stay in India may work against them. In handling this case, great care is needed to keep political postures, local party politics and electoral calculations in check.

Citizenship is not thrust upon any foreigner in India under the Act, but granted only on application. Those who want to return to their homeland can always do so. Citizenship for a person is not a simple issue of granting certain rights to him in India, but affects also his status in his home country. Political parties and groups have to make a comprehensive study of the implications of citizenship before taking up a position on this issue or mobilize people for protests.

Sri Lankan Tamil refugees comprise different groups. Many of them are descendants of Tamils taken from India to Sri Lanka during British rule to work in tea plantations. By 1936, over 15 per cent of the population of Sri Lanka was Indian Tamils. By the time of Independence, over 7 lakh became non-citizens of Sri Lanka or stateless. They claim that they should be treated on par with those who were repatriated to India under agreements between India and Sri Lanka in 1964 and 1974.

At a special general council meeting, the PMK urged the Centre to enter into a bilateral agreement with Sri Lanka to grant “dual citizenship” to Sri Lankan Tamils. The party acknowledges that many of these Tamils would like to retain their Sri Lankan citizenship and return to Sri Lanka when they feel safe. During their stay in India, dual citizenship is sought to become eligible to certain development and welfare schemes.

A senior Sri Lankan leader and former Chief Minister CV Wigneswaran has also urged India to grant dual citizenship to Sri Lankan Tamil refugees living in India since the late 1980s.  According to reports, there are about 62,000 such refugees in 107 camps in Tamil Nadu and another 36,000 dispersed in other States. He calls for a fresh agreement between the two countries for the purpose. He says that, “refugees are the responsibility of the Sri Lankan government” and that Indian politicians should stop using their problems for election purpose.

Attempt to codify nationality rules, into a worldwide treaty, was first made by the League of Nations, the predecessor to the UNO, in 1930. It was part of the Hague Convention and aimed simultaneously at eliminating statelessness as well as dual nationality. Each State had the right to determine by its own law who were its citizens provided it was consistent with international conventions and principles. National laws may vary.

The number of countries permitting dual citizenship (most of them in Europe) has increased since a treaty made in Europe to limit dual citizenship lapsed in the 1990s. Huge emigration rates in Europe led to closer links with diaspora in all countries. Movement between countries becoming common and frequent, multiple citizenship too became common. The case of India is very different.

Nationality and citizenship for emigrants are not just matters of getting certain rights in host countries, but involves emotional integration beyond rights and nations have to move slowly and cautiously in the matter. Wholesale absorption is neither possible nor desirable. Dual citizenship can only be temporary and for limited purposes and cannot be promoted as a political show to exhibit concern over the plight of emigrants not covered under the CAA.

More investment in healthcare, cut in IT rates: Expectations from budget 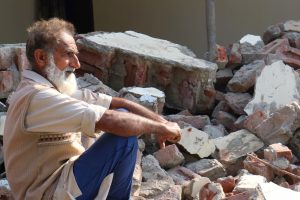 Roop Nagar: Supression of Factual Position is the Casualty

Round The States
Forestry Report: Need to value ground reality