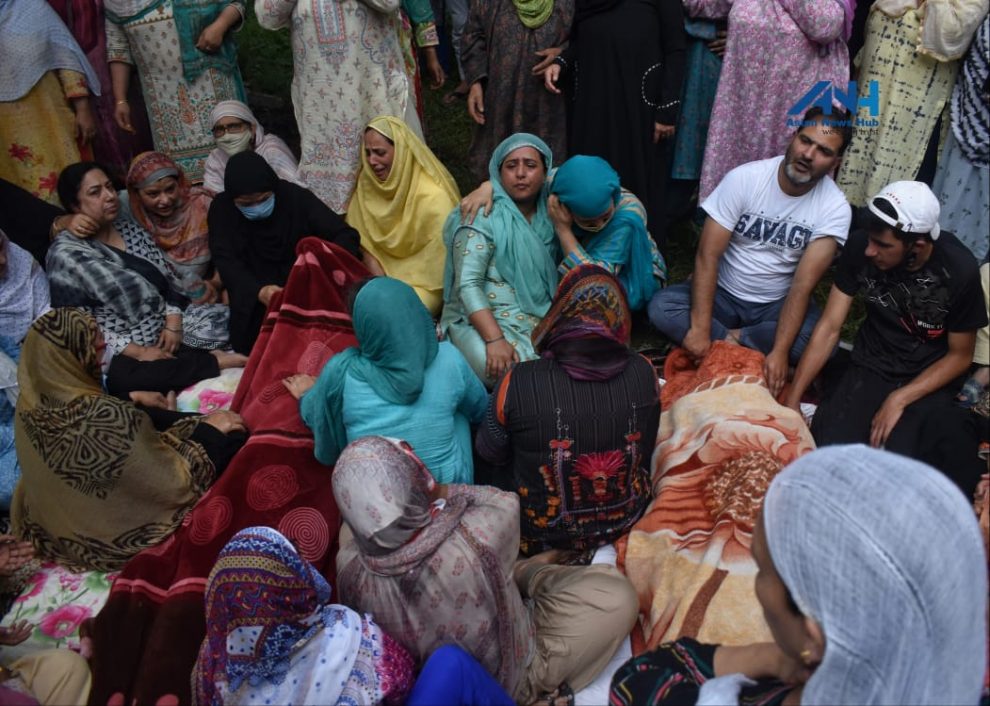 Govt must take steps to ensure no more children are washed away by sudden discharge of water at power canal, says deceased’s girl’s father

SRINAGAR: A day after two cousin sisters drowned to death at Ferozpur nallah at picturesque Drang in Tangmarg area of north Kashmir’s Baramulla district due to sudden discharge of water into the canal, the family members of the deceased girls Thursday urged J&K Lieutenant Governor Manoj Sinha to order a probe into the incident and to take concrete measures to prevent further deaths at the site.

A picnic trip turned into mourning for two Srinagar families—when two cousin sisters—Utba, 17 and Eeesha, 19 were clicking selfies at the power canal in the Drang area and all of a sudden huge discharge of water from almost 50 feet height washed them away. “I was myself stuck in a rock, otherwise could have saved my daughter and her cousin from drowning,” Muhammad Ashraf Khan told. “I was pulled out by the locals. My daughter and her cousin sister were fished out by locals too but both of them had head injuries.”

Utba was Ashraf’s lone daughter. “Now that I have lost my daughter and her cousin sister and they can’t return now, my only concern is that the canal which is turning a death trap should be plugged. I urge the LG Manoj Sinha to first order a probe into the incident and then take concrete measures to ensure no more children are washed away at the Drang resort,” said Ashraf amid tears in his eyes.

He said that the area should be fenced so that no children die in the canal and none is able to take selfies. Another relative of the deceased girl said that the LG administration should take initiatives to prevent deaths. “The officials claimed there is a siren and an announcement is made before discharging the water, but this is all a lie,” he said. He further said that at the time of Utba’s birth, her mother developed some complications and doctors told her she can’t become a mother again. “Our family is shell-shocked and our only concern is that it shouldn’t happen to any other child now,” he said.

Ashraf lives in the Bemina locality of Srinagar and another family stays at Qalamdanpora, Nawabazar. It was Utba’s 18th birthday and she had insisted her father take her cousin Eeesha along for a picnic trip to Drang. But little did they know that she along with her cousin would return home dead. At Nawabazar, Eeesha’s father Bilal Ahmed Khan was in deep shock. “My daughter was a topper and I had a dream to see her become a doctor. Everything is over now,” said Khan as he breaks down.

As his friends try to console him, one of his friends Javaid Ahmed Mir said the government must take measures like making proper announcements loudly before releasing the water at the canal. “Tourism department should deploy its employees and ensure all the people including children are out of the canal before the water is released. This will save precious lives and prevent further tragedies,” Mir said. On Wednesday, Sub District Magistrate Tangmarg Sameer Jan had told that an inquiry has been initiated into the death of two cousin sisters. There is a micro-hydro power project at Drang tourist resort where many children and people prefer to take selfies unmindful of the sudden discharge of water from the height that may take them away in a jiffy as happened to two cousin sisters on Wednesday—(KNO)