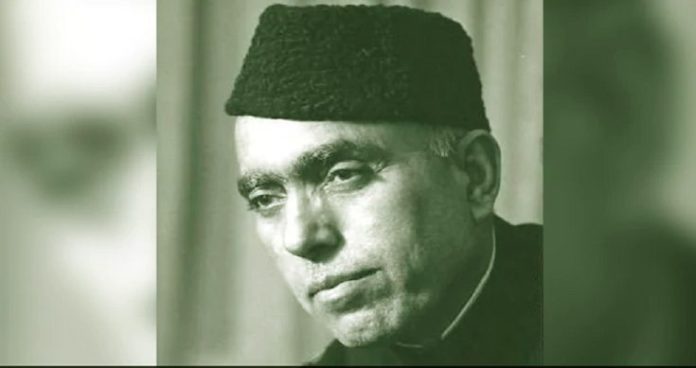 Srinagar, Dec 28: The National Conference (NC) and the Congress party on Saturday criticised the dropping of Sheikh Mohammad Abdullah’s birth anniversary as a state holiday in Jammu and Kashmir.

Senior NC leader and Sheikh Mohammad Abdullah’s son, Mustafa Kamal told IANS that the “dropping of Sheikh’s birth anniversary as a state holiday reflects the hatred against Sheikh and his politics by the ruling dispensation in Delhi”.

“Facts cannot be denied and history cannot be forgotten,” Kamal said, adding: “Sheikh was a towering personality who helped to empower Kashmiris.”

“This reflects a communal agenda that is followed and shows that national interest is not given any importance. Clearly, democracy is under a threat.”

He said that the NC leadership will discuss the matter and chalk out a future course of action.

Congress state president Ghulam Ahmed Mir has also criticised the omission of a holiday on Sheikh’s birth anniversary. He told IANS that Sheikh played an instrumental role in the accession of the state to the union of India.

“This just shows that the ruling party is in any way not giving any sort of respect to the contributions of Sheikh,” Mir said.

“His contribution should be looked above party lines.”

Meanwhile, Vikramaditya Singh, the grandson of Maharaja Hari Singh and also a member of the Congress party, congratulated the people on Accession Day being marked as a state holiday.

He tweeted: “Congratulations to the people of J&K! From next year, 26th October, the day my grandfather, Maharaja Hari Singh, signed the instrument of accession to India will be observed as a state holiday. This is a mark of respect for sacrifices of J&k state forces and the Indian Army.”

Also, Martyrs Day (on July 13) which was a holiday previously has also been struck off. Martyrs Day signifies the rebellion in Kashmir against the Dogra rulers. Scores of Kashmiris died in firing by the Maharaja’s troops on July 13, 1931.