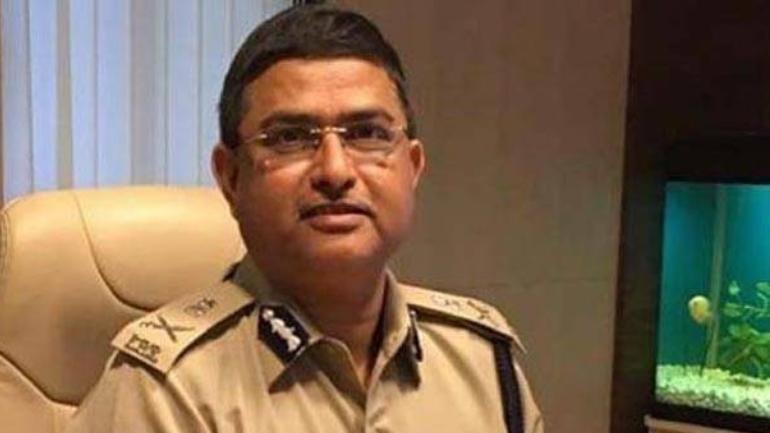 New Delhi: The recent incident of drones dropping bombs on the Indian Air Force base in Jammu is “very serious and very dangerous”, and there is an urgent need to develop technology to counter this challenge, Border Security Force chief Rakesh Asthana said on Friday.

He said the force, which guards over 6,300 kms of India’s land border with Pakistan in the west and Bangladesh on the east, is faced by four main challenges on the security front.

These are detection of underground tunnels along the international border with Pakistan, presence of electronic devices used by anti-national elements in the frontier areas, emergence of drones and issues of poor mobile connectivity in remote areas.

These scenarios “directly impact” the efficacy of operations and border domination activities of the Border Security Force (BSF), Asthana said.

“There is an urgent requirement to develop anti-drone technology to stop the menace of drones, being used for narco-terrorism and attacks on vital installations,” he said during a webinar.

The BSF director general (DG) was speaking at the launch of a hackathon on finding cost-effective innovative technology solutions by startups and premier institutions for the force. It has been organised under the banner of the BSF High-tech Undertaking for Maximising Innovation (BHUMI) in collaboration with the Ministry of Electronics and Information Technology (MeitY).

“Recently, you all must have seen on TV channels the attacks, first time in the history, through drones on the Indian Air Force (IAF) base in Jammu,” the DG said.

“The drones have been used by the enemy country and by the criminal elements for bringing in not only weapons, ammunition and narcotics, but now since they are used for carrying payloads that is being used to drop bombs also which is something very serious and very dangerous,” Asthana said.

On June 27, two drones dropped explosives inside the IAF station in Jammu, injuring two airmen and causing damage on the roof of a building.

The BSF had shot down a hexacopter drone carrying arms and ammunition in June last year in Jammu apart from thwarting many such flight reconnaissance bids majorly in the Punjab and Jammu areas along the India-Pakistan international border (IB).

The DG said drones posed a challenge “not only on the western borders but are being used off late by naxalites also in left wing extremism affected areas.”

“That area also deserves a lot of attention as far as security operations are concerned,” he said, adding that anti-drone technology is a “key area” of work for the largest border guarding force of the country with about 2.65 lakh personnel.

The BSF chief admitted that it has not been able to find solutions to detect tunnels.

“One of the main challenges the BSF presently faces is the detection of cross-border underground tunnels along the western borders that brings serious implications on our national security,” Asthana said.

“These tunnels are not only being used for pushing in infiltrators from across the border but also being used to transport or smuggle in narcotics into our country,” he said.

It is high time, Asthana said, that concerted result-oriented efforts are made to address the subject of detection of underground tunnels with innovative technological solutions.

“So far, after a lot of efforts, we have not been able to find a solution to identify and detect tunnels from above the ground. So, this is one challenging area where we have to work,” the DG said.

According to data, 17 such structures have been detected by the BSF along the Pakistan border area in the last two decades.

Asthana said another vital area of operational significance for the BSF is the need to develop technological solutions in detecting presence of “electronic devices” in its operational areas.

These are being utilised by anti-national elements for perpetrating crimes and activities that have a direct bearing on the country’s national security, he said.

“Terrorists who are operating within our territory or the criminals, organised gangs who are indulging in smuggling activities particularly in narcotics are using various technological devices which has a bearing on our security scenario,” Asthana said.

The BSF chief asked technology innovators to provide automated communication systems and mobile telephony solutions for its troops who are deployed in remote areas “characterised by difficult and undulating terrain that include long stretches of shadow area where there is no communication.”

“There are so many areas in the west and east particularly in the north-east where we feel difficult to communicate particularly the troops cannot communicate with their family members through mobiles or any other technology,” he said.

Asthana shared a personal experience of staying at a BSF post located in a shifting sand dunes desert area of Rajasthan where there “was no mobile communication for full 24 hours but had only wireless communication.”

The BSF chief assured the participants of the hackathon that it will provide them all logistical support when their analysts and engineers visit a forward area and said “any product found suitable will be explored for procurement on trial basis…”.