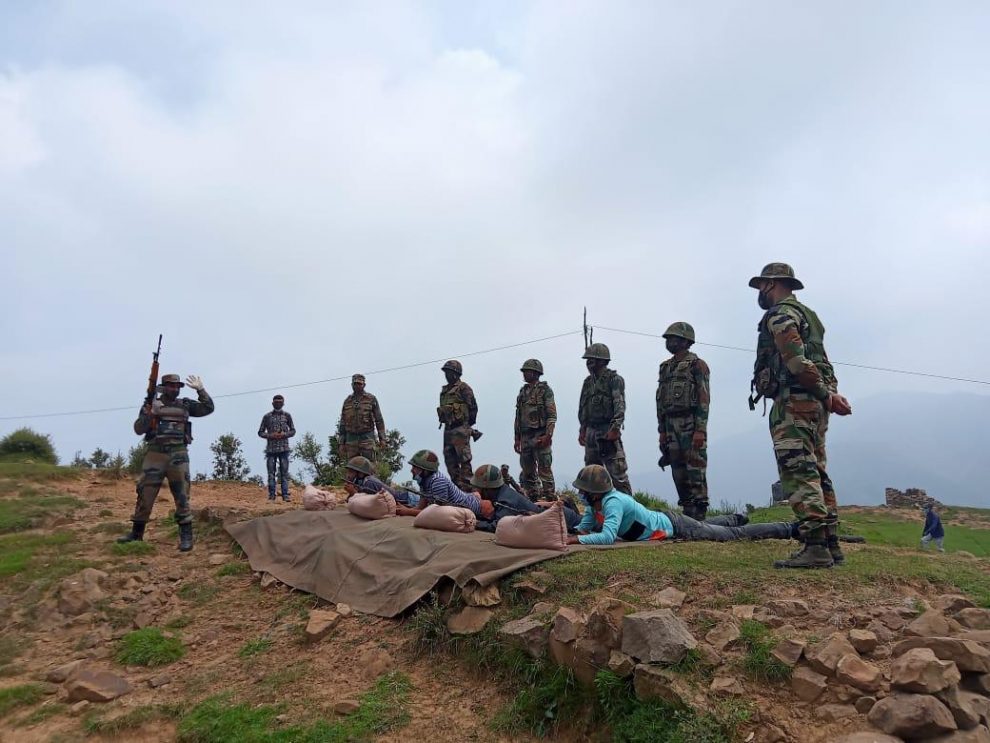 Jammu: In the wake of drone attack on the Jammu’s Air Force Station (AFS), the army is busy holding special training sessions with Village Defence Committee (VDC) members in Rajouri and Poonch districts to train them about drone spotting and handling of sophisticated weaponary.

Defence sources said that the training was organized for VDS members from twin border districts Rajouri and Poonch, where graph of militancy was on decline but recent trend of frequent movement of drones have shown a sudden spurt.

“However due to recent drone activities over military installations, the army met the trusted VDC members and educated them about the drone surveillance,” a source, privy to the development told KNO. “During the interactions, VDC members are provided training to handle weapons and they are also made aware about important aspects of surveillances. The VDC members are also made aware about the threats due to drones in the bordering region.”

Sources said that the VDC members have been asked to keep a close watch on activities in and around their areas and inform local police or army unit in case of any suspicious activity or movement.

He informed that an interactive workshop with Village Defence Committee (VDC) members was held at Sangiot in Poonch where members displayed their training prowess and skills in weapon handling.

“Indian Army assisted all the members of VDC in further improving their self defence capabilities and laid emphasis on the role of Village Defence Committee,” he added.