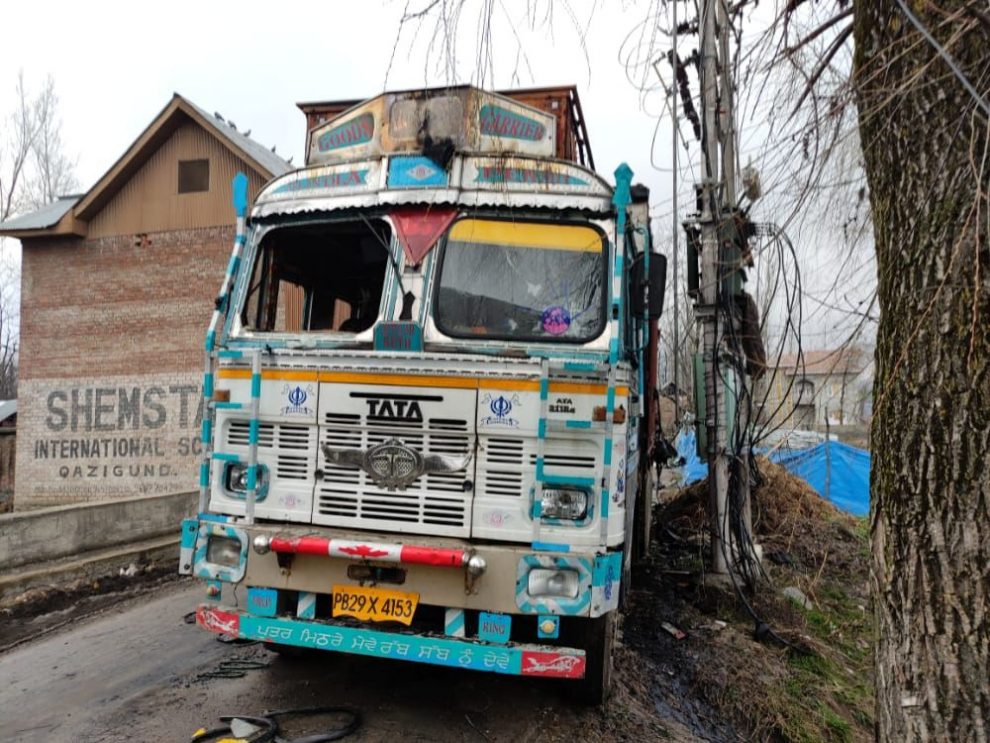 QAZIGUND: An unidentified truck driver was charred to death after his truck caught fire when it it came in contact with a high—voltage electric wire at Shampora area of Qazigund in south Kashmir’s Anantnag on Tuesday night, an official said.

“A truck (PB29X-4153) on reaching Shampora area of Qazigund came in contact with a high—voltage wire near the electric transformer” a police officer said.

He said the driver was electrocuted eventually before the truck caught fire.

Later, the Fire and emergency services personnel rushed to the scene on information and extinguished the fire. However, the vehicle was gutted and the driver was charred to death. “We have not yet identified the truck driver. We will inform his family once we will identify him,” said the police officer.

Daily COVID-19 cases in country lowest in 662 days
Exit polls predict win for BJP in UP, AAP in Punjab
Comment