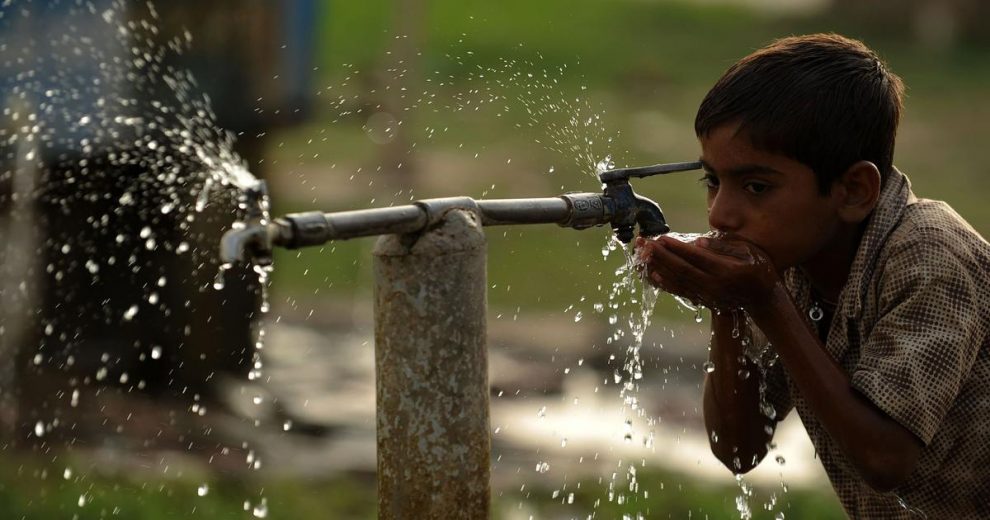 Several State governments need to get their act together to ensure that rural households get what has been envisaged by the Jal Jeevan Mission. The goal to provide Piped Water Supply (PWS) and Functional Household Tap Connection(FHTC) to this section by 2024, unfortunately doesn’t seem to on course. According to the report of the Parliamentary Standing Committee on Water Resources tabled in Lok Sabha last month, less that 40 per cent of the target has been achieved so far on both fronts.

Recall, in August 2019, the Centre in partnership with States had kicked off the JJM after subsuming erstwhile National Rural Drinking Water Programme (NRDWP), to make provision of potable water at the service level of 55 litre per capita per day (lpcd) to every rural household through tap water connection. However, given the statistics placed before it, the Committee has expressed dismay over under-utilisation of funds, which it described as a clear indication of “lack of financial prudence and fiscal discipline.”

The picture that emerges is that in large Statessuch as Uttar Pradesh, West Bengal, Madhya Pradesh, Chhattisgarh, Jharkhand, Rajasthan, Assam, Kerala and Tamil Nadu, less than 40% of rural households have a FHTC. However, States such asTelangana, Haryana, Goa, Puducherry, Andaman & Nicobar Islands and Dadra & Nagar Haveli have achieved 100% FHTC, while others like Punjab, Himachal Pradesh and Gujarat touch 90%  household coverage and should ‘meet target soon’.

This apart, only 47.28 per cent of rural households have access to PWS, in the background that over 19 crore (19,27,76,015) rural households are recorded across the country, but only 9,11,37,165 have got this access. Three States –Haryana, Goa, and Telangana, and three Union Territories, Andaman and Nicobar Islands, Dadra and Nagar Haveli and Puducherry have access to running water.

Worse, there is ‘under-utilisation’ ofJJM funds, which obviously would ‘deprive targeted beneficiaries of access to safe/clean potable water at homes.’As per the report, States like Karnataka, Andhra Pradesh, Punjab, Chhattisgarh, Maharashtra, Rajasthan, Uttar Pradesh, Jharkhand, West Bengal and Tamil Nadu have utilised less than 25 per cent of central allocation.This is in the backdrop of revised estimate of Rs 45,011 crore for fiscal year 2021-22, the ‘actual expenditure was only Rs 28,238 crore.’

On another front, India has four per cent of the world’s water resources, but in 2011, it was heading to be water-stressed. According to the ‘Composite Water Management Index (CWMI)’ released by the Niti Ayog in 2018, 21 cities, including Bangalore, Delhi, Hyderabad and Chennai, probably would exhaust their groundwater resources in 2021, affecting access for 100 million people. Accordingly, the country was suffering from the worst water crisis in its history, and almost 600 million of its population were water-deprived.

India constitutes 16 per cent of the world’s population, but the country has only four per cent of the world’s freshwater resources. With the changing weather patterns and recurring droughts, India is water stressed. As many as 256 of 700 districts have reported ‘critical’ or ‘over-exploited’ groundwater levels, according to the latest data from the Central Ground Water Board (2017). This means that fetching water in these districts has become harder as the water table has fallen.

With around 99 percent of all liquid freshwater on earth, groundwater provides societies with a huge number of benefits and opportunities. But experts say due to anthropogenic hazards major water depletion and pollution are now affecting the life and livelihood of billions of people, specially in Third World countries such as like India. As such, in the context of growing scarcity, the rich groundwater which contributes to the regular use of water for domestic use by the global population can no longer be overlooked.

Groundwater resources in India come under increasing pressure due to over-reliance and unsustainable consumption, wells, ponds and tanks dry up which means fetching water in these districts has become harder as the water table has fallen. This has escalated the water crisis and placed an even greater burden on women of accessing water. Such as a rural woman in Rajasthan walks over 2.5 km to reach a water source, according to a report by the National Commission for Women. Experts believe that this is an underestimation as women and girls spend a significant proportion of their time fetching water to meet their basic needs.

The escalation of the water crisis is further corroborated by the Parliamentary Standing Committee report which has flagged the fact that as many as 48,969 rural habitations are affected by water contamination. It has also noted with concern that despite this situation, the Department of Water Resource, River Development and Ganga Rejuvenation was ‘silent’ when it came to action that needed to be taken to ensure clean drinking water reaches houses affected with contaminants.

In the 2021-22 budget, Finance Minister Nirmala Sitharaman allocated Rs 2,87,000 crore to the Ministry of Jal Shakti to launch the JJM (Urban) to ensure universal water supply to all 4,378 towns. What needs to be addressed is the reversal of the shrinking stock of potable water to supply these homes with water bodies drying up while most becoming highly contaminated.

Recall that in 2017, government statistics showed that around 239 million people spread across 152 districts in 21 States were drinking water that contains unacceptable high levels of arsenic: 65 percent of Assam’s population or about 21 million people, 60 per cent in Bihar and 44 per cent in West Bengal. In terms of absolute numbers, Uttar Pradesh has the reputation of having the largest number of people exposed to the risk with over 70 million people consuming the polluted water.

The World Health Organization (WHO) has warned that long-term intake of such water leads to arsenic poisoning or arsenicosis with cancer of bladder, kidney or lung or diseases of skin — colour changes and hard patches on palms or soles or blood vessels of legs and feet. Further evidence indicates possible association between intake of contaminated water and onset of diabetes, hypertension and reproductive disorders.

Management of water, requires a measure to work with, and water also needs to be treated as a life-form resource rather than just a human-centric one. We need to restructure the Centre-State and local bodies’ relationship with water as a subject and allow for single-window decision making. More so, as the recently released IPCC Special Report reveals that the increase in warming levels may need more water which would become scarcer with every passing year. Involvement and combined efforts by civil society, private sector, including its foundations, and the public at large too need to be undertaken.