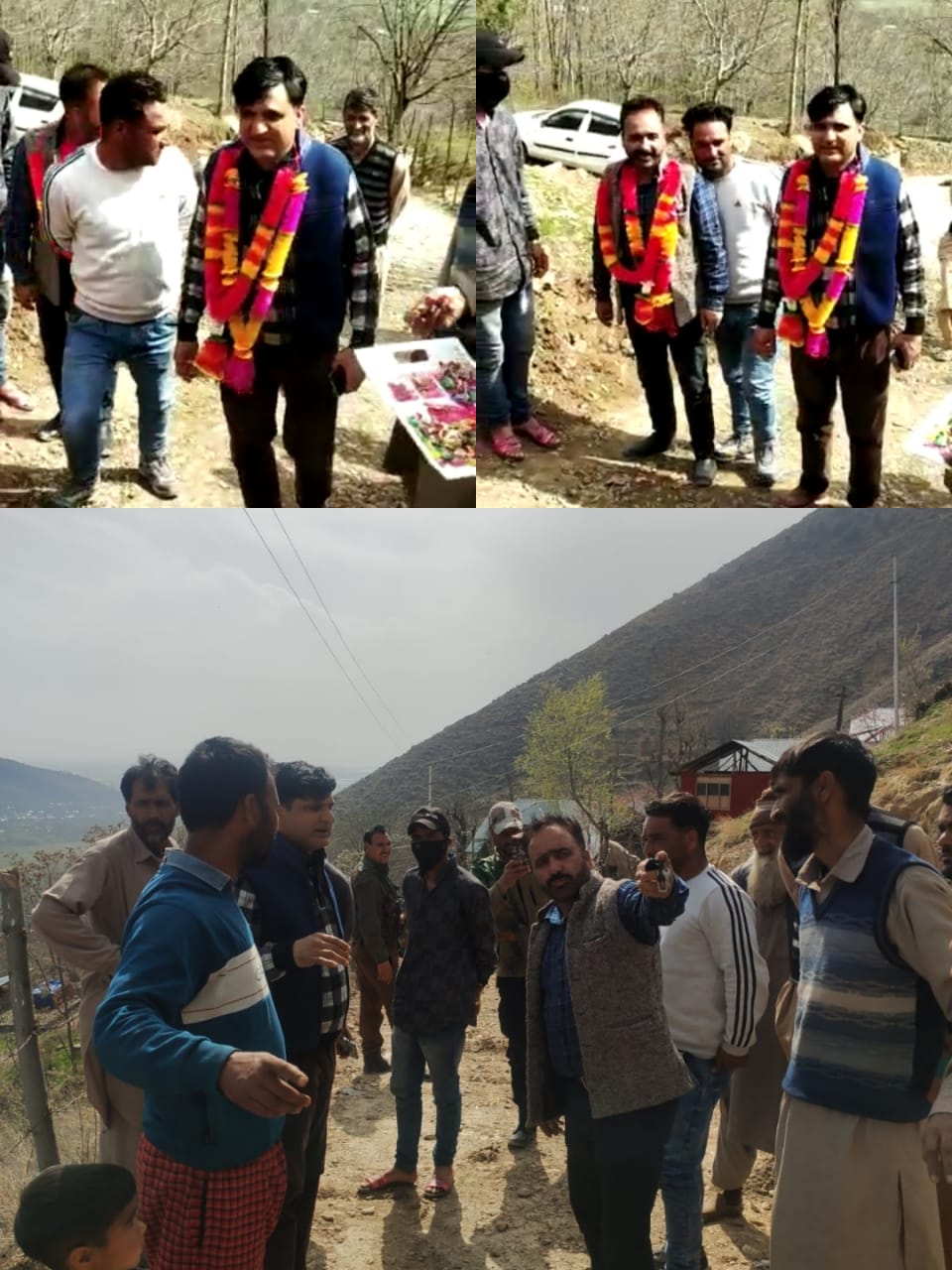 BANDIPORA: For the residents of Hapatnaar in Arin block of district Bandipora, this spring not only put an end to the miseries of bad weather but also put a full stop on the lifelong miseries owing to absence of approach road to the village.

Last week the department threw open the road constructed at the cost of Rs 18 lac under Panchayat grants in rural grants of UT sector bringing respite to the people who had to travel 4 kilometers on foot to reach to the nearest road at GujjarPati area.

The population of 300 souls had to carry their patients on shoulders up to Gujjarpati village where they would shift them to hospital. “This week we feel we have been freed from the shackles of these miseries,” said a local resident Mohammad Abdullah.

The village wore a festive look when the road was thrown open by the Assistant Commissioner Development Abdul Rashid Dass and members of District Development Council (DDC) Gh. Mohi-ud-Din Rather.

The Men, Women and the children wearing traditional dresses came on road to celebrate the occasion and sang folk songs and performed Bhangda to the tunes of Dhol to celebrate the landmark event and to welcome their representative and officers of the Rural Development.

The locals credited the success into the kitty of Panchayat Raj Institutions and said that they got representation at local level after the three-tier system of Panchayat Raj was implemented in the UT.

While thanking the Government, they said their voice was heard and steps were taken for resolution of their long pending demand.

The Deputy Commissioner (DC) Bandipora, Dr Owais Ahmad said the administration has laid a special focus on the rural connectivity from the past few years and a web of roads, bridges, culverts and lanes have been constructed in rural areas for the convenience of the rural population.

He said this year about 1200 works have been taken up in rural areas for the construction of roads, culverts and lanes.

Dr Owais said the various programmes and schemes launched by the government aimed for holistic development of rural areas of the district. He said the effective implementation of RDD schemes has changed the lives of people by reshaping the rural economy.

DDC member Gh Mohi-ud-Din Rather said he has witnessed the construction of durable assets for the first time under Rural Development Schemes including MGNREGA and other grants. He said the will of the people is being considered through Gram Sabhas and the plans are drafted as per the wishes of the people. He said people decide where they will spend their money and prioritize work as per their importance. “We have focused on rural connectivity by constructing roads that have eased the problems of the people, especially women and children”.

The DC said that 253 works of the Rural Development Department have been completed out of the total 803 approved works executed under Area Development Fund, including DDC, BDC, and other PRI grants.

Dr Owais said most of the works are rural connectivity works.

In last six months, over 72 Lakh tourists visited J&K: GoI
As long as guns and grenades are available to youth, innocent lives will continue to fall: DGP Dilabg Singh
Comment