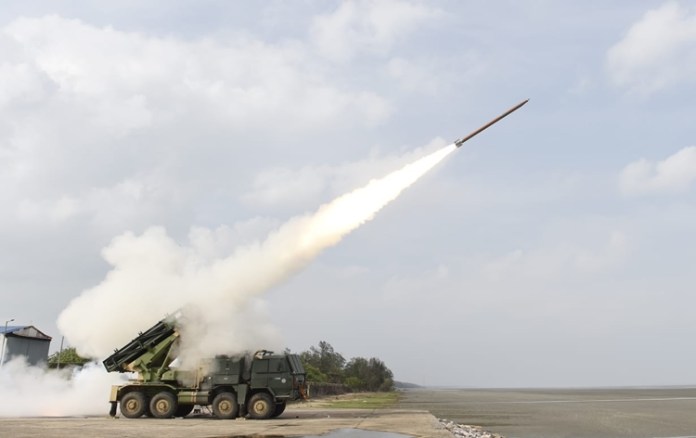 25 Enhanced Pinaka Rockets were launched in quick succession against targets at different ranges.

All the mission objectives were met during the launches.

The enhanced range version of Pinaka Rocket System can destroy targets at distances up to 45 kilometer.

Four enhanced range version of 122mm rockets were test fired with full instrumentation and they met the complete mission objectives.

These rockets have been developed for Army applications and can destroy targets up to 40 km.

Defence Minister Rajnath Singh has congratulated DRDO and the Industry on the successful launch of Enhanced Pinaka Rockets and 122mm Caliber Rocket.