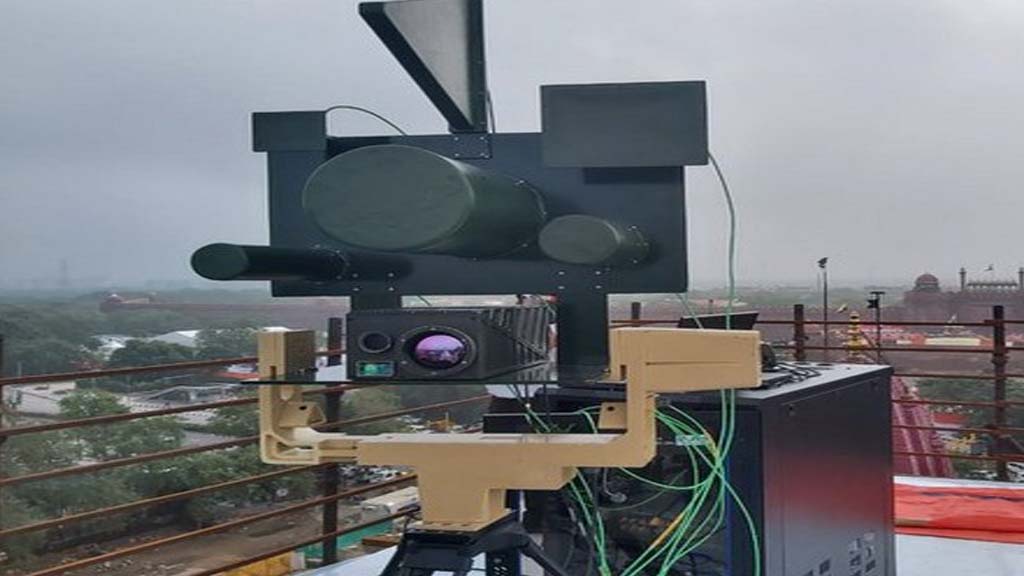 An anti-drone system developed by the Defence Research and Development Organisation (DRDO) was deployed near the Red Fort on Saturday on the ocassion of the 74th Independence Day.
The DRDO-developed system can detect and jam micro drones up to 3 kilometres and use laser to bring down a target up to 1-2.5 kilometres depending on the wattage of laser weapon, officials had earlier said.
It can be an effective counter to increased drone-based activity in the western and northern sectors of the country.

Earlier, Prime Minister Narendra Modi had hoisted the national flag and addressed the nation from the ramparts of the Red Fort. He said that it was an occasion to remember freedom fighters who laid down their lives for the freedom of the country.
“Congratulations and best wishes to all the countrymen on this festival of Independence Day. The sacrifice and the resolve to free the country of lakhs of sons and daughters of Maa Bharati is the reason for us being able to breathe in independent India today. This is a day to remember the sacrifices of our freedom fighters. This is also a day to show gratitude to security personnel including that of Army, paramilitary and police ensuring our safety,” PM Modi said.
The Prime Minister also remembered freedom fighter and spiritual guru Sri Aurbindo (Arvind Ghosh), on his birth anniversary.
He referred to the restrictions due to COVID-19 and said that children, the future of the country, were not at present at the celebrations and also recalled the tireless contributions of corona warriors.