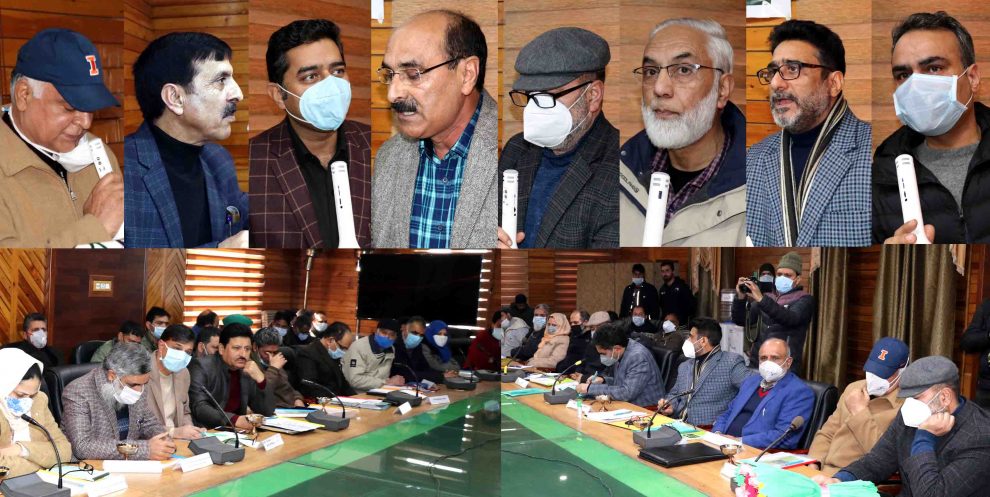 Addressing the gathering, Dr Shahid said that a large scale conversion of agriculture land into non agricultural use shall create an imbalance in the ecosystem as the change in land pattern would be the greatest concern to our food security and economic sustainability in this part of temperate region, which otherwise has the potential to be world leader because of its unique identity in agricultural products.

He said that the change in land use pattern has arguably been the most pervasive socio economic source which has caused imbalance in the system. He said it is the biggest challenge that the whole world is presently facing and needs immediate redressal so that there is a balance between modernization i.e urbanization and industrial growth vis-à-vis assured food security.

Dr Shahid assured that the Divisional Administration will always provide a helping hand to the Department of Agriculture and other concerned departments on board to tighten the noose around those violating the laws governing the prevention of conversion of agriculture land into non agricultural use.

Director Agriculture Kashmir, Chowdhary Mohammad Iqbal during his address said that the mankind is facing the threats simultaneously on conversion of agricultural land into non agriculture purpose and drastic reduction in dense forest cover.

He said it is the prime responsibility of every conscious citizen of the nation to conserve the land resources for sustenance, both for the present as well as future generations.

Chief Engineer, Irrigation and Flood Control (I&FC), Iftikhar Ahmad Kakroo said that I&FC is taking all steps for providing irrigation to cultivable land.  He also stated that they have already started a drive to remove encroachments from banks of flood channels and rivers for conserving the water bodies