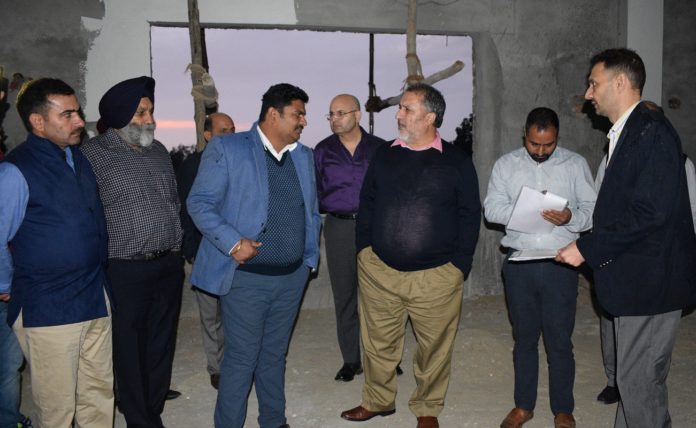 He was informed that the preliminary work on driving ranges has been done and drawing sent to Maruti Udyog for vetting while the work on hostel block is at preliminary stage.

He was further informed that IDTR is being constructed at an estimated cost of Rs 17 crore, of which an amount of Rs 6.46 crore has been released in favour of Motor Vehicles Department by Ministry of Road, Transport and Highways (MoRTH) till date. It was also given out that out of Rs 6.46 crore released funds, Rs 4.32 crore has been incurred and the balance of Rs 10.53 crore is required from MoRTH for the completion of the project.

Samoon stressed upon the executing agencies to speed up the process and complete the work within stipulated time.

Coming up over 100 Kanal areas, IDTR would house modern classrooms, scientifically designed driving tracks, driving simulators, vehicles and qualified trainers. It   will also have an auditorium, a library, laboratory and a hostel for the trainees.

While interacting with the concerned officers, the Principal Secretary said that the institute would help to adopt international norms and processes for road safety training.

Earlier, chairing a meeting to discuss the implementation and working out modalities regarding Dealer Point Registration, he asked the RTOs to speed up the process for issuing permanent registration numbers to customers at the earliest.

During the meeting, he was informed that the government has introduced the system of dealer-point registration of non-transport vehicles.

The Principal Secretary said the reforms with the introduction of the new online registration system will benefit the government, dealers, customers and others alike.

He also directed the concerned RTOs to hold awareness workshops on road safety as a measure to bring down the road accidents to a minimum.