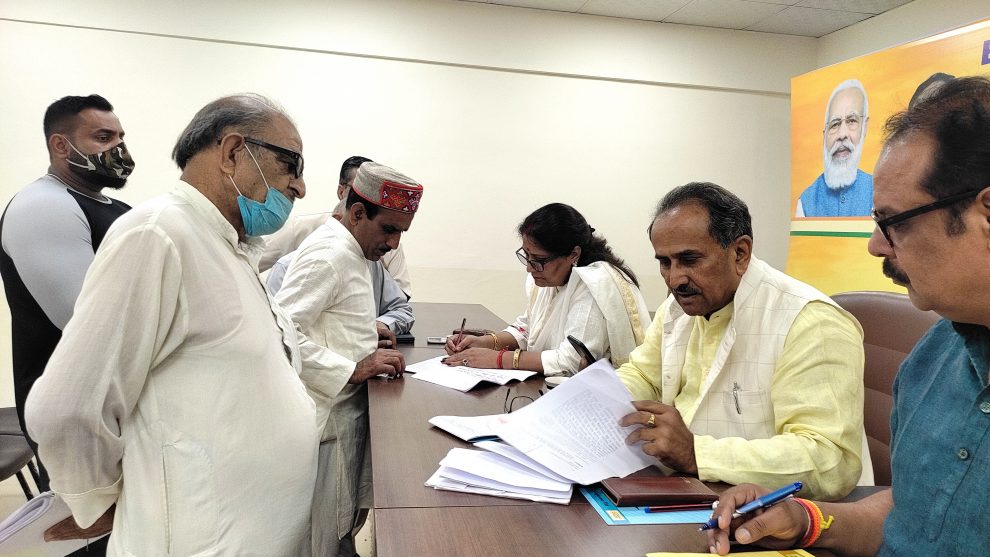 JAMMU: Dr. Nirmal Singh, former Dy. Chief Minister accompanied by Rajeev Sharma, former MLA and Anuradha Charak, Vice-President, J&K BJP listened to the public grievances at BJP headquarter, Trikuta Nagar, Jammu.Dozens of people visited the party office to discuss their woes with the senior BJP leaders. People presented various issues related to the development of their respective areas and their various other concerns.Among others, the BAMS PG aspirants also shared their issue with former Dy. CM who after talking to the concerned assured them that their issue will be soon sorted out. 114 persons of PDC employees demanding regularization presented their issue which was taken up with the concerned authorities. Sub-Inspectors of JKAP presented their issues regarding their promotions which were taken up with the concerned.

Dr. Nirmal Singh listened to their issues patiently and telephonically talked to the concerned departmental officials and issued letters for the others. Dr. Nirmal Singh, while addressing on the occasion said that general masses in large numbers are visiting the BJP office to present their woes. He said that the people have developed faith in the BJP leadership that the party leaders are sincerely working to sort out the issues of the public. He added that the issues presented were immediately taken up with the concerned authorities and pressed for their prompt disposal. He added that the BJP is working with the aim of “Sabka Saath, Sabka Vikas” and the party leaders will leave no stone unturned to serve the masses up to their expectations. Speaking on the ongoing issues of youth and temporary employees, he said that their issues shall be taken up with the government on priority basis. He said that they will request the government to consider their claims with empathy as their children and other family members should not suffer.