Chief Engineer UEED, Jammu Basharat Khawosa gave a detailed Power Point presentation about the latest progress.  He informed that an amount of Rs. 186.72 crore has been sanctioned for this prestigious project and the construction works are divided into three zones. He informed that 40 % ongoing works of Ghats have been competed so far. He added that the work on three Chhatris is in progress including the beautification works, while construction of structures and retaining wall has been completed so far. He further apprised the Union Minister that 80% beautification works of Shiva statue has been completed.

While reviewing the work wise progress of Devika projects in a meeting, Dr Jitendra directed the Chief Engineer to complete the ongoing work of package -1 of this prestigious project before April 13 , 2021 and also directed to ensure the shifting of HT/LT line from the project site.  Contractors were directed to expedite the works of STP.

Threadbare discussions were held on various issues faced by the contractors. The Chief Engineer was asked to set component wise timeline for completion of project.

Dr. Singh asked the executing agencies to ensure quality standards and also advised to appoint third party for monitoring of quality of material. He stressed on the use the material dually vetted by the technical Committee to ensure that only standard material is used.

The Executing agencies were also asked to restore excavated areas immediately after execution of work and permanent restoration of roads where pipes have been laid down.

The Chief Engineer UEED was asked to set up institutional mechanism for restoration of sites where sewage pipe is laid. Dr Singh emphasized for advance planning for men, machinery and material and asked to ensure sufficient material is available on the onsite store.

Dr Singh stressed on inter departmental coordination for execution of their respective plans for saving of resources and causing minimum disruption in movement of public. He asked all the departments to work jointly to resolve bottlenecks, if any.

The MoS appreciated the efforts of DDC Udhampur, Dr Piyush Singla for monitoring the project closely and taking regular review meetings for smooth execution of this project. He stressed on activation of more men and machinery for completion of the project within a set time frame.

During the visit, DDC apprised the MoS about the Devika theme park project which will be completed by the end of this financial year. 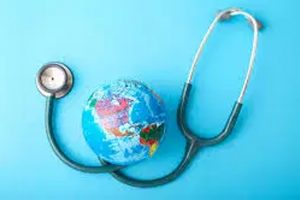