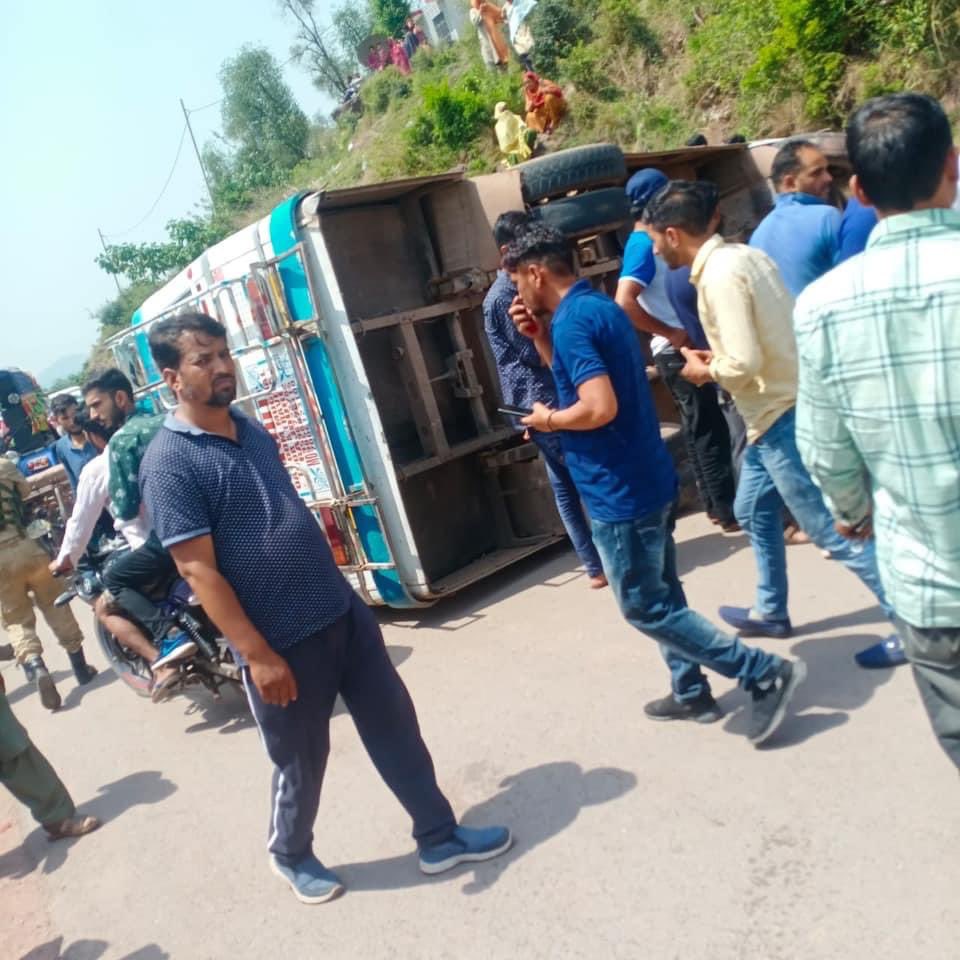 RAJOURI: Several persons were injured when a minibus they were travelling in met with an accident at Thudddi, Khandli area of Rajouri district on Wednesday.

They said that vehicle (JK 11-7786) tilted near at Thudddi, Khandli while it was on way from Kotdhara to Rajouri at 1130 hours. Several persons onboard it were injured and subsequently shifted to GMC Rajouri by locals and police who rushed the spot soon after the accident. Details about the condition of the injured were awaited when this report was filed.

A police officer confirmed the accident and said tha details about the exact number of persons injured was being collected. (GNS)