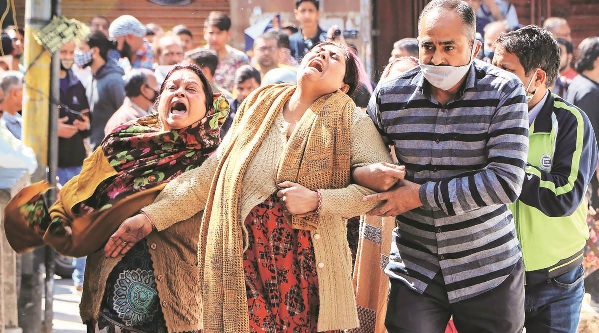 The recent murder of Akash Mehra, a young Hindu Punjabi restauranter and son of the owner of Srinagar’s famous Krishana Dhaba has once again brought the focus on Kashmir’s bloody history of the violence that Kashmir’s Hindu residents have been facing for a long time, which has accelerated in last three decades and which has tarnished the image of Kashmiri Muslims as the most Hindu hating community in the world after Pakistani Punjabi Muslims. This brings forth the wider question as to does Kashmir really have a problem with Hindus?

Most Kashmiri Muslims would assert that their grievances are political in nature and it has got nothing to do with religion and any violence that Kashmir’s Hindu residents have faced was / is, a state orchestrated attempt to malign Kashmiri Muslims and give deliberate communal color to an otherwise secular and political movement of “all” Kashmiris. The problem with this assertion is that it simply has no takers outside Kashmir valley and power corridors of few Muslim countries like Pakistan and Turkey. The reality is that adherents of Hindu faith- be Kashmir’s own ethnic Koshur Hindu Pundits, Kashmir’s historic Hindu Punjabi Khatri community or Hindu tourists from mainland India and/or Hindu migrant force from states like UP and Bihar and to some extent even Hindu soldiers of security forces from mainland India, would tell you that Kashmir is one of the most inhospitable places for Hindus. Few incidences of Kashmiri Muslims seen participating in funeral of few remaining old Kashmiri Pundits, or Kashmiri Muslim residents saving an overturned car, bus or armed vehicle of Hindu tourists, Hindu yatris or Hindu security forces does not unfortunately erase this wide perception of Kashmiri Muslims as the most Hindu phobic Islamic community in the world.

There could be historic and political reasons for why there is so much subtle and express hatred towards Hindus and Hindu faith in Kashmir valley, given an overwhelming Muslim majority Kashmir’s troubled relationship with an overwhelming majority Hindu India and that is often reflected in public ridicule of Hindus and Hindu faith in Kashmir valley. Whether it is blaming visiting Amarnath Yatris from mainland India for pollution in Kashmir valley or mocking and humiliating Hindus as cow urine drinking and false God worshipping infidels, the Hindu community living in Kashmir valley as legal residents or outsiders like migrant laborers and soldiers of our security forces have a long tale of woes that they have to encounter on daily basis as a Hindu resident.

Kashmir’s Hindu problem gets amplified, when seen in the juxtaposition of Sikhs, Gujjar & Bakarwals and Ladakhi Shias living in Kashmir valley. While Gujjar & Bakarwals and Shias of Kargil also face varied degree of racial, ethnic and sectarian discrimination living in Kashmir valley despite being Muslims, they still don’t encounter the same kind of toxic hatred that Hindus – whether Kashmiri or non-Kashmiri, has to face in present Kashmir. Even much despised Kashmiri Ahmadiya community is also tolerated and does not face the similar kind of hatred that Hindus complain that they have to encounter in their daily lives, while living or visiting in Kashmir valley. Most significantly, Sikhs the largest non-Muslim community remaining in Kashmir valley after the exodus of Kashmiri Pundits are also treated far more accommodatingly by Kashmiri Muslim than any Hindu.

Kashmiri Muslims have a choice – either they deny that last 70 years of politics and last 30 years of religious radicalization has rendered its present generation vehemently Hindu-phobic or living in a complete denial. This non acknowledgement of Kashmir’s toxic Hindu-phobia has had devastating impact on the cultivation of the negative image of Kashmiri Muslims on world stage. Regardless of whatever, we want to convey to the world regarding our grievances and the injustice that we have faced in last 30 years that has destroyed our society completely, the world keeps us asking about our own treatment of our Hindu residents. “What about Kashmiri Pundits?” is a question that we keep on hearing on all international forums including my generation which was not even born in 1990 and which had nothing to do with what happened to Kashmiri Pundits

It is ironical that Kashmir valley is today perceived as one of the most inhospitable places for Hinduism, given the fact that Kashmir has had rather rich and glorious association with both Hinduism and Buddhism. The Kashmiri Hindu Shaivism is a unique religious philosophy of its kind, which is also an integral part of Kashmir’s Sunni Sufi Muslim tradition of “Rishism”. Kashmiri Muslims call themselves as “Brahmin Quom” and where else in South Asia would you find Muslims having “Pundit / Pundith” as a surname?

It is not difficult to understand why the present generation of Kashmiri Muslims have turned so Hindu-phobic but it ironically does not match with Kashmir’s glorious relationship with Shaivism and Hindu faith in general. It also does not help in the crafting of Kashmir’s historic image as a land of Sufiyat, Rishis and Peers. Amongst other things, Kashmir’s image has taken such a big hit in last few decades as a land of intolerant, violent and orthodox Muslim community, which creates even big obstacles in our attempts to attract world attention to our grievances. The brutal murder of a Punjabi Hindu Akash Mehra, who was perhaps more Kashmiri than even many other Kashmiri Muslims and whose family was living in Kashmir valley for such a long time and serving Kashmiri Muslim community all these years had to go through this tragedy of loosing their young son, who had grown up with his Kashmiri Muslim friends will not earn Kashmiri Muslims any sympathetic tag of empathy and compassion from the world community including Muslim ummah. It is perhaps about time that we face this bitter truth rather than brush it hypocritically under the carpet. 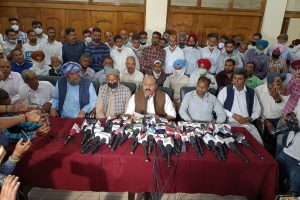