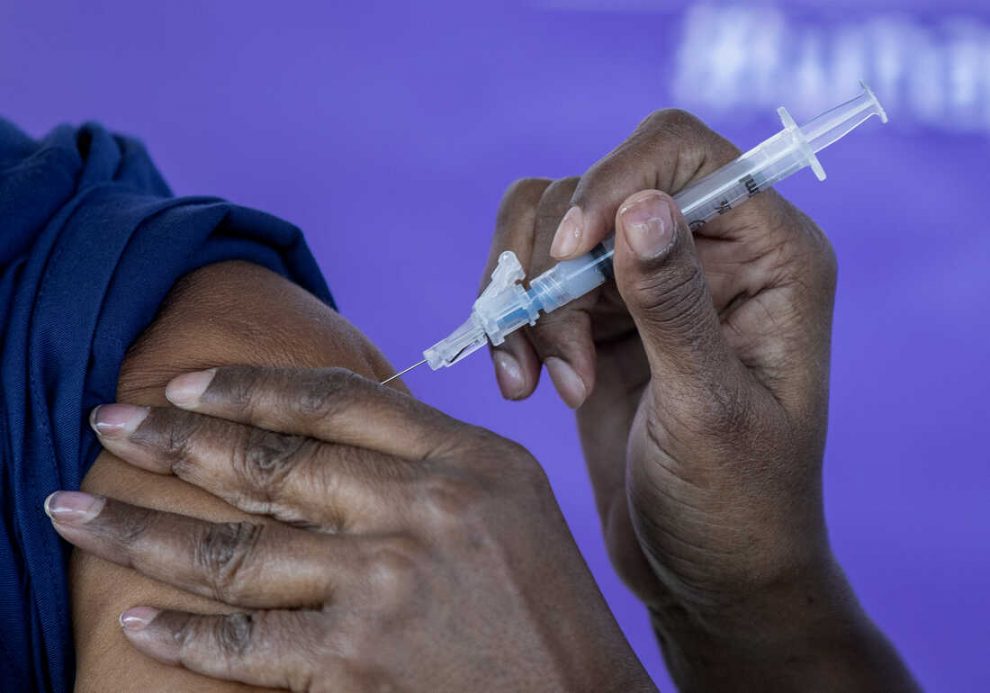 New Delhi:  Jammu and Kashmir’s Doda becomes the first district in the Union Territory to achieve the landmark of administering 100 per cent first dose of COVID-19 vaccine among the 12 to 14 years, officials said on Monday.

The district achieved the feat within two weeks of the inoculation drive despite being the most difficult region with 55 per cent schools from primary to high school level located in inaccessible areas, the officials said.

Prime Minister Narendra Modi rolled out the vaccine for the 12-14 age group on March 16.

The officials said the Doda district administration immediately formed a multi-dimensional strategy by constituting combined teams of the concerned teachers of all the primary, middle and high schools with health workers, paramedics and anganwadi workers besides appointing a nodal officer in every block.

“The drive was carried on war footing in entire district from the very first day of the campaign and all the officials were asked to submit compulsory daily report from every school, which resulted in achieving the major feat of 100 per cent vaccination within two weeks,” Nodal officer Vaccination Rana Aarif said.

Block Medical Officer, Bhaderwah, Shakeel Ahmad Sumbria said it seemed like a herculean task as majority of the primary and middle schools are located in far off and inaccessible areas, but the way our teams carried out the vaccination drive while climbing hills every day is commendable.

“The past experience of carrying vaccination drives of the population of 18 years and above was very handy and this is the one of the reasons that the drive ended so smoothly and in record time,” he said.

As per the data shared by the district administration from Cowin Portal, against the total target population of 20,042 in the age group of 12-14 years, the first dose was administered to 20,280.

The top three districts to administer Covid vaccine among children in Jammu and Kashmir are Doda 101 per cent followed by south Kashmir’s Shopian at 89 per cent and border district of Poonch at 85 per cent.

Meanwhile, Bandipore, Kishtwar and Srinagar remained at the bottom of the chart registering 11, 24 and 26 per cent vaccination, respectively.