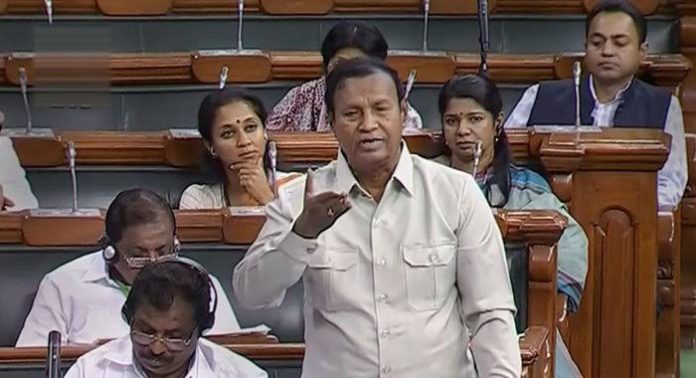 Members of DMK, TRS and Shiv Sena on Wednesday raised in the Lok Sabha the issue of pending GST compensation.
Raising the issue during the Zero Hour, DMK member TR Baalu said that last month the Finance Ministers of Delhi, Punjab, Madhya Pradesh, Rajasthan, Chhattisgarh, West Bengal, Kerala and Puducherry had met the Finance Minister and demanded their “rightful share of GST compensation”. “That compensation has to be distributed every two months to the states.

The money has not yet been distributed. The state of Tamil Nadu has not been represented by its Finance Minister or any minister but the Leader of the Opposition in Tamil Nadu MK Stalin is vociferously appealing to the Government of India to see that the GST compensation is extended forthwith to Tamil Nadu. Tamil Nadu is really at a severe cash crunch. There is a debt trap of Rs 3.9 lakh crore. It is in a debt trap,” he said.
Baalu requested the Finance Minister to release the due amount to the state.