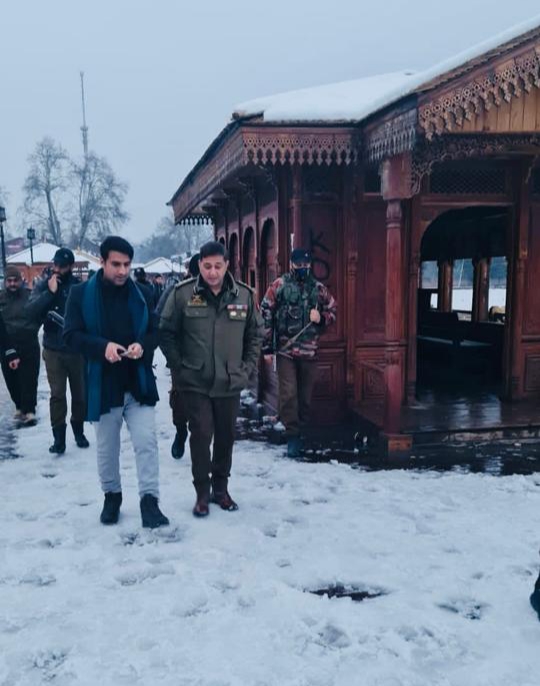 SRINAGAR: In order to curb the menace of drugs and to break its supply chain in the district, the District Magistrate, (DM) Srinagar, Mohammad Aijaz Asad alongwith Senior Superintendent of Police, Rakesh Balwal Thursday evening launched a massive crack down against the drug peddling and raided hotspots of drug consumption in various parts of the City.

The raids were carried out at Zero bridge and other locations in Raj Bagh area of City wherein some persons found in substance abuse on the spot were rounded up. Based on the input given by them several shops were sealed after incriminating material was found there.

Speaking about the raids, the District Magistrate Srinagar said the operation was carried  on receipt of specific inputs.  Pertinent to mention that District Administration Srinagar has launched MISSION WAAPSI with the aim to save and  safeguard the youth from dangerous exposure to different kind of substance/ drug abuse.

Meanwhile, Senior Superintendent of Police Srinagar, Rakesh Balwal said operation against drug peddling and consumption shall  continue to tighten the noose against the drug dealers and peddlers. This is being done for greater common good of the society.

Pertinent to mention that parents of some youth have been repeatedly visiting the Office of the District Magistrate Srinagar asking to keep their child in detention so that they get rid of the substance abuse.