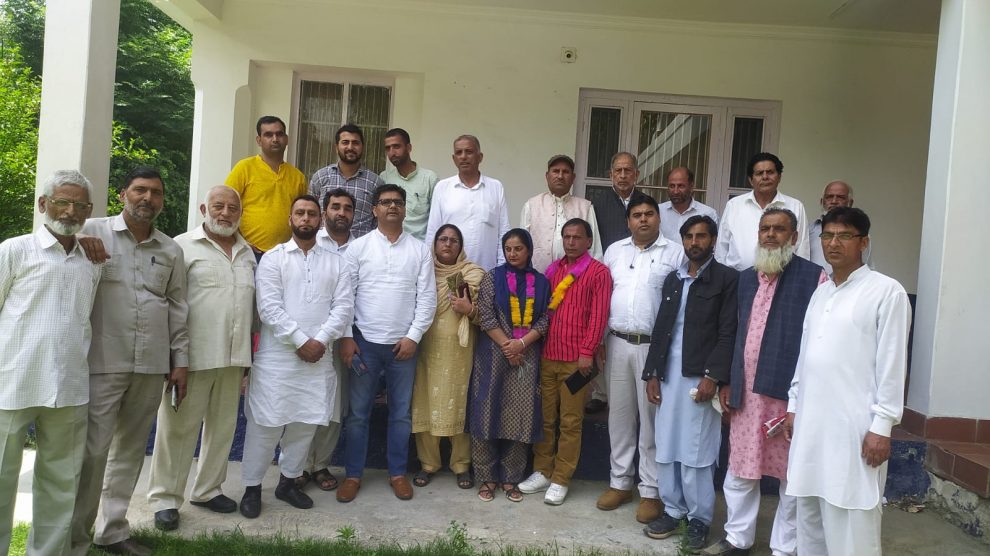 The meeting was chaired by District President Doda Shohab Ul Haque in which organisational matters were discussed threadbare. Besides this, the current Socio-political situation with reference to District Doda in particular and across Union Territory of Jammu and Kashmir in general post delimitation were discussed.

The speakers while expressing deep concern over the frustration brewing fast among youth of especially economically backward district Doda in terms of rising unemployment in them coupled with a sense of utter deprivation and hopelessness, said that LG Govt has bitterly failed to provide employment opportunities to the suffering unemployed youth who otherwise have no source of income available whatsoever to sustain their livelihood.

Calling govt sponsored schemes of development as a mere farce and a misguiding tactics, they alleged that there is no visible sign of any development on the ground as such in this region and the condition of roads and basic amenities of life like electricity, water supply, healthcare facilities etc are in dilapidated condition.

“People have to suffer in far off villages and towns for want of better health care facilities as, for a mere ordinary ailment, they have to go to Jammu and Srinagar for getting specialised treatment and in emergency situations, the patients do not reach the destinations of proper care and treatment,” they rued adding that poor performance of rural development department and allied public services is an eye opener to one and all regarding hallow claims of the LG administration in this regard.

They further added that Babus in the offices have exposed them to the public to be more dictatorial in action rather than acting in a democratic set up by way of their unique style of functioning and paying least heeds to the woes of the suffering public.

They however, while expressing anguish have exhorted upon the general public to stand united against the wrong policies of the LG administration.

Dozens of people also joined PDP on this occasion who were welcomed in the party folds.

Earlier, District President Shohab Ul Haque called upon all the party functionaries to launch a district wide extensive public outreach campaign so as to reach door to door in all accessible and far off areas with a commitment of approach and make common man aware about the policies and programs of the party as enshrined in its organisational constitution according to which every individual in the society needs to be taken on board of the rail of development, progress and prosperity above all fostering age old ethics of peace, harmony and mutual co-existence, he maintained.