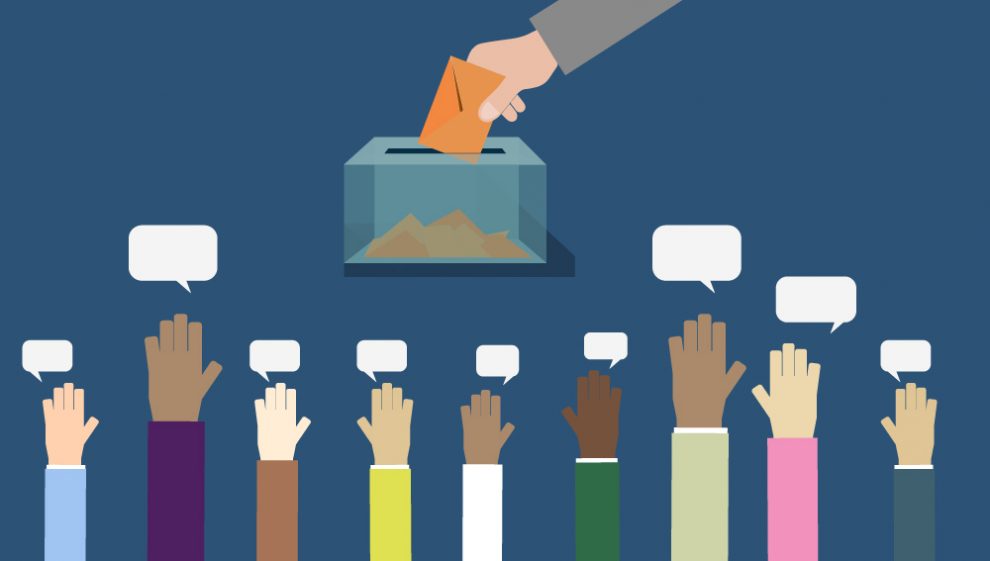 Democracy is a conflict of interests masquerading as a contest of principles. An adage which nails our leaders’ angst when it comes to their reactions on ‘anti-national’ speeches and ‘terrorism’ depending on which side of the liberal-bigoted divide they are. Leaving one wondering if anti-nationalism is the new black!

Kudos to the Delhi High Court for upholding the right to protest as a Fundamental Right which can’t be termed as a ‘terrorist act’, while it granted bail to  three student activists who faced charges under various provisions of the IPC and the draconian Unlawful Activities Prevention Act for being part of a premeditated conspiracy behind the communal violence in north-east Delhi riots conspiracy case February 2020 during protests against the Citizenship (Amendment) Act last week.

Observing, that “protests against Governmental and Parliamentary actions are legitimate” the Court said it was constrained to note that in its anxiety to “suppress dissent and in the morbid fear that matters may get out of hand, the State has blurred the line between the Constitutionally guaranteed ‘right to protest’ and ‘terrorist activity’. If such blurring gains traction, democracy would be in peril”, it noted. The Government cannot be “allowed to cry wolf” and “draw inference” when no direct evidence exists.

Not only this, it admonished the Police which too loves to slap colonial era sedition laws to put those critical of the Government behind bars. Over the last few years, the police have frequently been invoking UAPA and sedition to silence critical citizens’ voices and put them behind bars under stringent anti-terror law.

Amulya Leona who raised “Pakistan Zindabad” slogan thrice at AIMIM Chief Owaisi’s anti-CAA-NRC Save Constitution rally last year was slapped with sedition and imprisoned for 14 days in Bengaluru. Notwithstanding, the Supreme Court times out of number frowning on the rampant use of sedition.

Recall, when farmers gathered at Singhu to protest against the three farm laws some of them were dubbed Khalistanis and terrorists out to destabilize India. What to speak of the arrest of a Muslim in Kashmir for objecting to the presence of an official from outside the Union Territory at a meeting held by the Lieutenant Governor and a BJP MLA castigating Nehru’s pluralism for coming in the way of India becoming a Hindu rashtra at Partition.

Questionably, is the Government wanting to peddle a patriotism whose condition of possibility is the wiping out of all thought? Is its concept of nationalism per se a justification to stifle critique? No matter, that these are symbolic of every Indian’s freedom credentials! How does merely criticizing a law tantamount to spreading “hatred”? Is the Government, be it Centre or State crushing free expression? Is it trying to tell us that outpouring by its critics and activists not be tolerated?

By doing so does it not make a mockery of the concept of a “nation” built on the values of democracy? Are we so paranoid or intolerant that any outpouring is viewed as a threat to the nation, the Constitution or the Government? Is the polity afraid of a clash of ideas in our public life? Should this become litmus of one’s patriotism?’

Have we lost the ability to accept criticism? Bordering on a narcissist phobia? Is it mere coincidence or a sign of an increasingly knee-jerk, reactionary country? Should an assertion become litmus of one’s patriotism?’

Obversely, is putting someone who protests or denounces a law behind bars, the Governments’ way of teaching us a lesson in rashtra prem and desh bhakti? Do we want to produce robots who only act at the command of what their leaders and chela thinkers, benefactors and wealth creators’ desire?

Even as Prime Minister Modi underlined India’s “democracy, its vibrancy, diversity and civilizational ethos’” at the G 7 conclave, protests ruled the roost in Lakshadweep where a BJP administrator’s crackdown on non-vegetarian meals in schools along with a ban on beef consumption denoted scant regard for dietary preferences of the locals.

Perhaps this display of machismo, bravado or growing tentacles of majoritarianism, with the Government acting as the enabler is to reassure its hardcore Saffronites of its Hindutva and Hindu rashtra agenda which galvanises the rank and file and polishes the Party’s image as the nation’s savior, especially when it is directed against the minorities. Masked by Modi’s clarion call for sabka saath, sabka vikas, sabka vishwas.

Given this dissonance between India’s age-old civilization and its democratic temper vs suppression of criticism it cannot be easy for the BJP to maintain its balancing act to convince the world that all is well. Yet it needs to realize that dissent is the essence of a mature democracy. Any criticism of the Government should not be treated as an act of terror or declaration of war against the State.

A senior BJP leader blamed the Opposition, intellectuals and Lutyen lobbyists who are obsessed with portraying negative news and painting the Government in poor light, instead of highlighting “more positivity” and what is needed to fix the system. The problem with them is it is easier to blame the Modi Sarkar for everything than take responsibility themselves.

Be that as it may, the Court’s observations must serve as an eye-opener for all Governments and police which violates citizens’ rights and arrest critics, dissenters and protesters on the flimsiest grounds and charges them under draconian laws.

Undeniably, democracy is messy business but dissent, even while being difficult, does not make it anarchic; it only tries to rearrange the pattern. Having a system where dissent can freely exist plays a critical role in holding Governments accountable, making Governments work for the welfare of the people, decreases the risk of corruption and ultimately makes the nation safer for its citizens.

A culture of dissent allows civil society, press and social media to thrive which are crucial to the sustenance of democracy. Societies where dissent is allowed to exist usually have greater political stability, rule of law and Government efficiency in policy making. Consequently, if democracy matters, our leaders need to go beyond partisan politics and safeguard dissent in the country. People should speak out every time they see dissent being curtailed. No one should normalize the curtailment of dissent.

On the other extreme is a sterile political system that is democratic only during elections. To use a Covid analogy such a state of existence can be likened to that of an individual hooked to a ventilator. It is not where we want to find our democracy in.

In fact, democracy is strengthened by the plurality of opinions and the freedom to express them. People protesting peacefully for their ideals are an important element of democracy and invoking the most severe penal provisions against them belittles democracy, trivialises terrorism and undermines the intent and purpose of Parliament in enacting a law.

Time our rulers pressed the pause button and drew a clear demarcation line between criticism of the Government, which is a Constitutional right and activities that destabilise the country. As the Government walks the tightrope between our multi-cultural tenets and the anti-minority temper of its Hindutva cadres it should realize it could fall between two stools even as it is disdainful of ‘self-appointed’ critics. There is urgent need for temperance else democracy will be in peril.