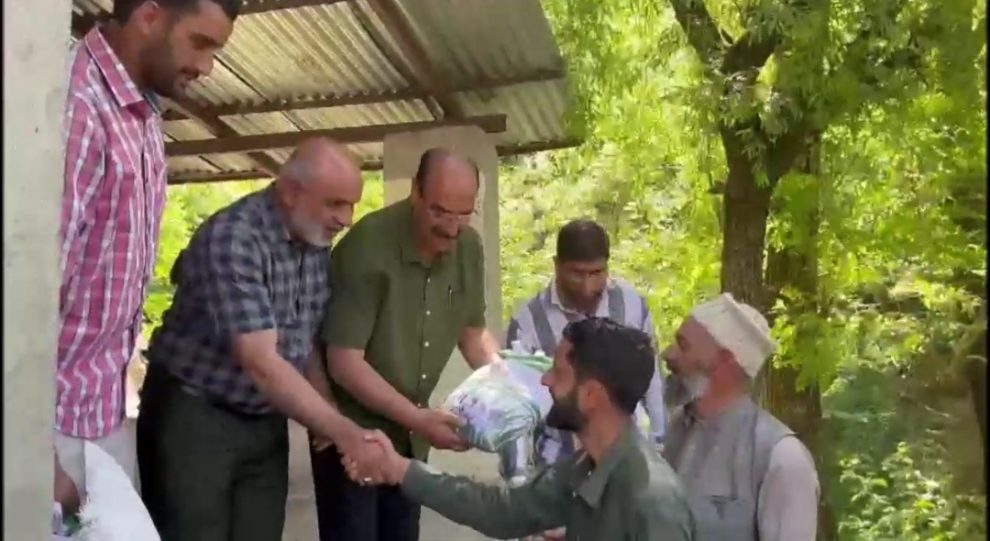 A number of deputations of farmers met Director Agriculture and apprised him with their feedback and expressed satisfaction over the immediate mitigation steps initiated by the Department and technical guidance provided by the field functionaries to the affected farmers.

While expressing his views Director Agriculture said that hailstorm is a natural phenomenon to happen but Department is committed and would take all the necessary steps to minimize the impact of losses to the farming community and distribution of different inputs among the affected farmers is one step in this direction.

Director Agriculture asked the concerned officers/field functionaries to work shoulder to shoulder with the hailstorm affected farmers of the area and provide with them every possible technical support needed under prevailing circumstances so that the economic security of the farmers could be ensured.

Director Agriculture emphasized on the concerned officers to introduce some special farmer centric initiatives in the hailstorm affected areas so that the losses caused to different agriculture crops could be mitigated.