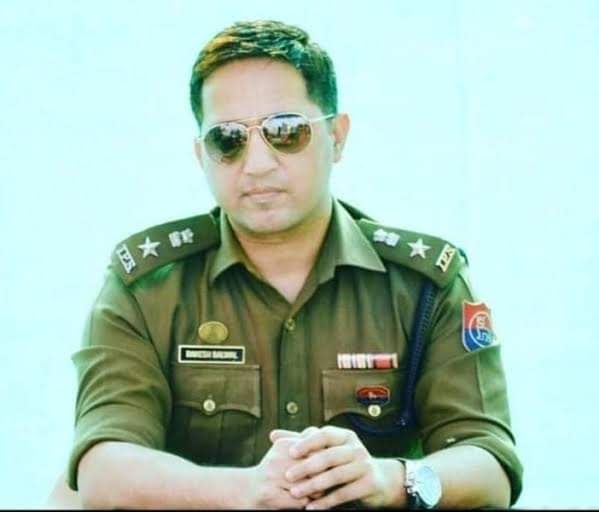 Rakesh Balwal, a son of the soil, has been awarded DG CRPF’s commendation disc and certificate in recognition of his efforts in the smooth and successful conduct of the Amarnath Yatra.

Balwal was appointed as SSP Srinagar in December last year and has been instrumental in building bridges between police and the public in J&K’s summer capital.

An IPS officer since 2012, Balwal has also been at the forefront of tackling social crimes in Srinagar.

Balwal, who served in the National Investigation Agency, played a vital role in the probe of the Pulwama attack in which 40 CRPF personnel were killed. He was instrumental in preparing a watertight case against 19 accused involved in the Pulwama attack.

Join The Dispatch Whatsapp Group to stay updated
The Dispatch is present across a number of social media platforms. Subscribe to our YouTube channel for exciting videos; join us on Facebook, Intagram and Twitter for quick updates and discussions. We are also available on the Telegram. Follow us on Pinterest for thousands of pictures and graphics. We care to respond to text messages on WhatsApp at 8082480136 [No calls accepted]. To contribute an article or pitch a story idea, write to us at [email protected] |Click to know more about The Dispatch, our standards and policies
TagsTheDispatch Police Award