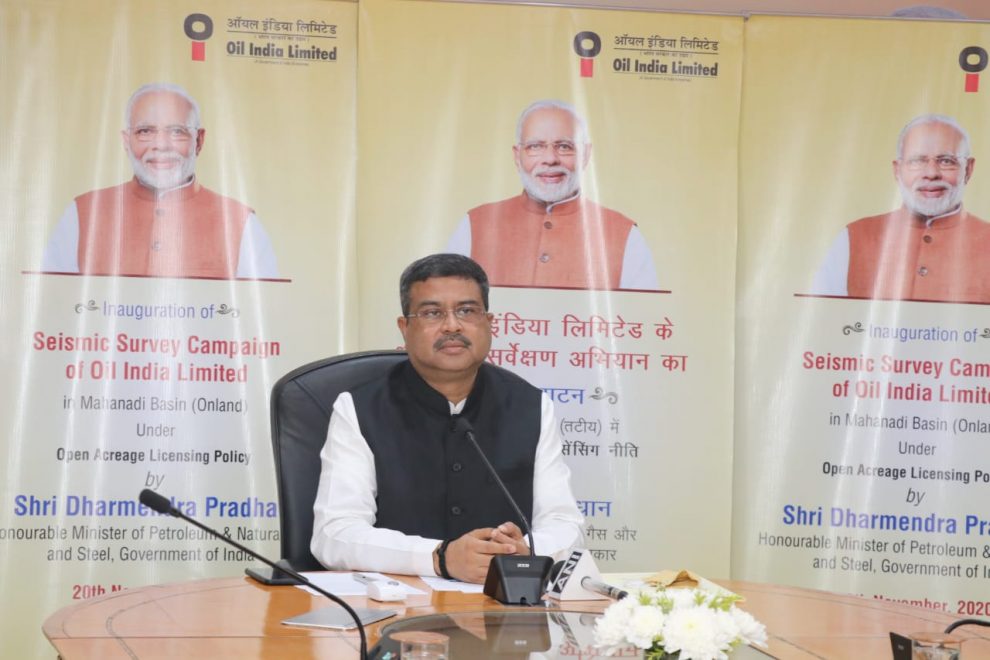 Union Petroleum and Natural Gas Minister Dharmendra Pradhan yesterday inaugurated the Seismic Survey Campaign by Oil India Limited. The survey under the Open Acreage Licensing Policy, OALP, will be undertaken in 5 blocks of 8 districts of Odisha in the Mahanadi basin and nearby areas.

Declaring the campaign open through virtual mode, Union Minister Mr Pradhan said that the commercial production of oil and gas from the Mahanadi basin will be a game changer in the socio-economic development of Odisha. He said, this will also thrust Odisha and the eastern India on the path of progress and prosperity in sync with the vision of Purvodaya.

Wishing success to Oil India in their exploration efforts, Mr Pradhan hoped that the Mahanadi basin would emerge as an established and important hydrocarbon reserve in the oil map of India.