My mother was born in a bungalow on McNichols Road, Madras, eighteen years into Amamma’s association with my grandfather. Back then, the neighbourhood was a curious place to inhabit. It was anchored to the past and suspicious of anything newfangled. The outdoor faucets slunk behind private wells. The cycle-rickshaws hid behind the more assertive hand-pulled ones. The evening beverage-seller put away his ceramic cups; he drew out, instead, two steel utensils, poured filter coffee back and forth, davara to tumbler, tumbler to davara. Inside bungalows, wall paint was interrupted by old lime plaster; metal plates lost their sheen when confronted with plantain leaves.
If homes shape stances (as they sometimes do), my mother came to be a child of tradition. She wished to fit into bright, hand-stitched pavadai-chokhas, braid her hair into two plaits, cast a dot between her eyebrows. There are photographs of her seated with my grandfather, an array of god-prints in the background, a brass lamp in the vicinity; Mamma smiling.

Sometimes, I suppose I have coveted that – the ease of my mother’s childhood and the ability she possessed to slip into a place’s larger life. Such conduct though did not impress Amamma. Having wrestled for a childhood of tree-top-rebellion and candy-shop-joy, my grandmother hoped to bless her child with cosy defiance. She did what she could to tempt her daughter. Steal her away from school. Sneak her into local buses. Drag her to new, defiant lands – Marina beach with fruit-sellers peeling-cutting-selling tart mangoes; Gemini Studio, renowned for its semi-nude mascot (and the throngs of children on the street squealing, ‘Gemini Studio jetti avandha pochu’, ‘The mascots have lost their knickers’); MGR’s house with the vendor outside, bugle in hand, announcing, ‘Rita ice cream, one anna, ice cream.’

There are so many childhoods my mother could have had. Sometimes I attempt reimagining her as an unruly nine-year-old, learning paths the way kids do, the way my grandmother had, not through signs or maps or books, but by sliding down water pipes, clambering up walls or following files of ants and crickets and grasshoppers –

Let me stop. That life held no appeal for Mamma. She wanted, not the thrills associated with scraped knees, those little adventures, but the simple pleasure of housekeeping. My mother’s childhood, consequently, despite Amamma’s early efforts, must be located in the garden patch outside the bungalow, in the kitchen or by the ancient well.

With Amamma, my mother would willingly squat in the vegetable garden. She’d cut off the heads of carrots and plant them in tilled soil or bury onions, full, into the earth. She’d wait for the first flowerings – the yellow blossoms of okra or a bright cucumber bloom. She’d dig out potatoes, pick snap beans, and harvest the tender leaves of pea shoots.
For Mamma, the practice of food-finding and -making was intimately linked to the act of building stories. When my mother was little, Ammama, loath to cook but compelled to by an exacting husband, tried to make the process painless by involving Mamma. Mother and daughter would sit by the porch – Amamma with an arivan manai, a knife attached to a piece of wood, slicing okra; Mamma, close by, shelling groundnuts. Together, they’d imagine another life – as beings of static, minor celebrities, radio chefs. Ammama would whisper, ‘Quick. We’re being interviewed! Remember the recipe?’And Mamma would respond hurriedly, ‘Yes, yes, we’re making puliyodarai.’ Or seppankizhangu varuval. Or vatha kuzhambu.
Let’s assume it’s vatha kuzhambu – the only recipe I have learnt by rote.
‘Right you are!’ Amamma would announce.
‘We have to – ’
‘Wait! Three, two, one. Ready, kutti? We’re on air!’

Mamma would clear her throat. ‘Good morning, ladies and gentlemen.’ She’d pause, soak in the sound of applause. ‘Thank you, thank you.’ She’d smile. ‘Today, two of Madras’s most talented chefs will guide you with the recipe of a mouth-watering dish. Home-made vatha kuzhambu.’

Amamma would interrupt, ‘It is simplicity itself.’
And Mamma would speak in her most adult voice, ‘First, gather okra, fresh from the garden. Cut the vegetable into long, slender strips. Like this.’
‘Like this. Did you know, kutti, roasted okra seeds were used as a substitute for coffee beans in America?’
‘I know! You’ve told me. Three times already!’
‘Have I? Well, I’ve begun repeating myself.’

Even as Mamma’d giggle, Ammama would collect a pallu-ful of cut okra, inch towards the kerosene stove, place an enormous pan on it. ‘What happens next, kutti?’

‘Pour oil, throw in mustard seeds. When the seeds sputter like firecrackers, add Bengal gram and curry leaves. Once they change colour, toss in the okra. Let all of it cook.’
‘And once the okra is nearly cooked?’
‘Oh, add salt, then sambhar powder.’
‘Wonderful. And then?’
‘Tamarind water!’
‘Excellent. And then?’
‘And then gobble it all down with rice.’
‘How does it taste?’
‘Oh, so yum.’
‘It tickles your throat and teases your tongue, no?’
‘Yes, yes.’
‘Is it far too tangy?’
‘No, of course not, it’s perfect.’
‘Okay, but let’s imagine. What if it becomes much too sour?’

‘Well, in that case, we add sweet potato!’

‘Exactly. Sweet potato.’
‘Yes.’
‘Hmm. There’s a story about the vegetable, kutti, that I read in  a book many years ago. Would you like to hear it?’
‘Yes!’
‘Then listen. It’s said that in a faraway place, many thousands of years ago, people would only eat fish and meat and chicken. There were no vegetables to pluck, no fruits, not even overripe berries. Paraparawa lived during this period, a young, hard-working lad.’
‘Like me.’
‘Like you, only a boy. And older. Eighteen or so.’
‘That’s very old.’
‘Yes. Yes, I suppose it is. Now, one day, when Paraparawa went out to sea, he caught a plump fish. As it wriggled this way and that, left and right, it shed its scales and became a woman.’
‘Oh!’
‘Paraparawa was startled by this sea-creature’s beauty, wanted to marry her. And as luck would have it, she agreed. Soon after, she stood by the edge of the coast and called out to her father. “Papa, I have news, I’m getting married,” she shouted.’
‘And?’
‘And her father, the king of sea-creatures, a giant anaconda, slithered out of the depths of the ocean. He drew out his hands, blessed his child, and gifted her what seemed to be a hard, maroon, oddly shaped rock.’
‘Bah!’
‘The princess would agree. She was far from pleased. But before she could protest, her father bellowed like the very waves, “This is for the wedding feast. Bury it in the earth, my daughter. Drench it with rain. Bless it with your hands. And watch.”’
‘What happened?’
‘Well, the princess placed the offering in the soil and watered it. A day passed, then two days, then three, the little rock sprouted baby rocks, and the baby rocks multiplied further. All under the earth.’
Like magic!’
‘The soil’s magic, yes. “Gather and cook this offering, my daughter, and consume it,” the father said. And as the princess tasted those boiled rocks, her eyes grew large. As large as yours. “Why, this has to be the most delicious thing,” she said, “sweet and soft.”’
‘That tasty?’ Mamma must have stretched her arms out wide.

‘Tastier than even that. A day later, the princess married Paraparawa. There was a feast beyond compare, with bowlfuls of soft-sweet rocks, doused in oil, mixed with salt. Such plenty! And still there were many raw rocks left over.’

‘Oh!’
‘These remains, kutti, these were reunited with the earth. And that is how vegetables were born. And the first of them, the very first, and therefore the most beloved was – do you know what it was?’
‘What, what?’
‘Guess.’
‘Don’t confuse me. What?’
‘The sweet potato, kutti.’
‘Oh! That! That I knew!’

The faux radio show would end at this point. Mamma would ask for seppankizhangu varuval or vatha kuzhambu or puliyodarai, and Amamma would smile indulgently and feed her ravenous daughter.

There are so many kitchen stories my grandmother left my mother. Some strange, from faraway countries; some sourced from the jagged states of India. But what Mamma would remember most of all was Amamma’s account of apples.
‘Once, it’s said, there were varieties of apples in house orchards, all beautifully named – Ziegler’s Sweeting, Aaron Holt. Girls would sink their teeth into these fruits, men would carry them in their pockets. Then the old era slipped away. People got busy. Gardens no longer came with trees. There were markets to drive to instead, with long-lasting apples, each distinguished from the next by bruise resistance and shelf life. Names vanished. Hundreds of apples became extinct –’

Mamma thought about this as a child – the textures she had missed, the tastes she’d never know. The dry astringency of one apple. The nutty aftertaste of another. The bizarre cocktail of flavours, tart-sweet-bitter, of a third. So much lost to the tongue. Not just tastes, but pasts and histories and stories, of women plucking the tiniest of apples, no larger than half-annas, sweet-scented, and carrying them in their purses; of workmen hiding a special cider in the hollow of a tree; of children staring at the Baltimore Monstrous Pippin, one foot in diameter, four inches high. Such immensity.

Gone.
For a long time, these facts strummed in the far corners of Mamma’s mind. Detached.
Then, one day, it happened. The surfacing. The coming together.
It was an ordinary apple that would rescue my mother from the edge. 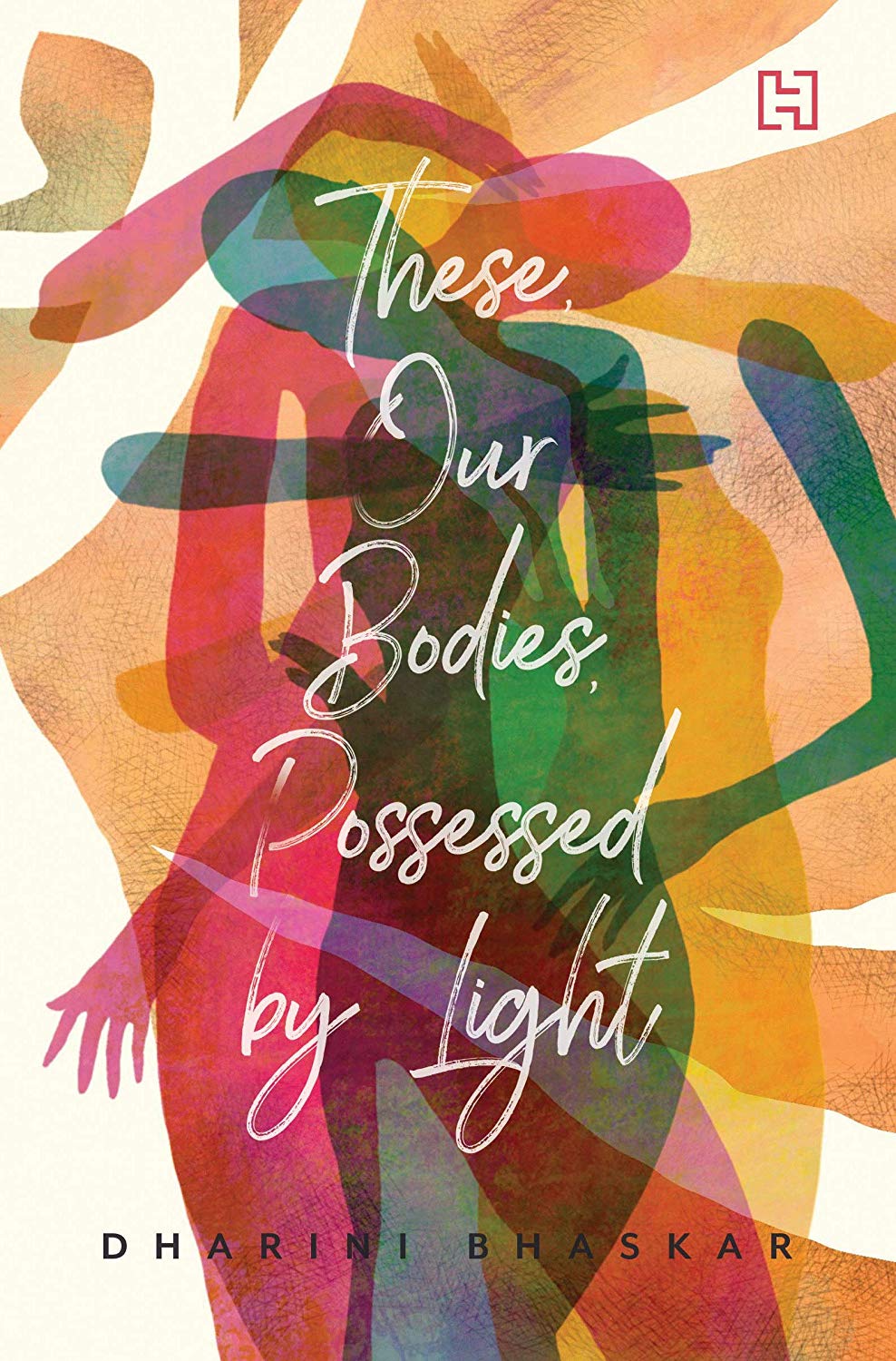 Excerpted with permission from These, Our Bodies, Possessed by Light, Dharini Bhaskar, Hachette India. Read more about the book here and buy it here.

Featuring voices from different communities and written originally in different languages, the fictional stories in this book attempt to humanize the Assam Insurgency
Epistolary Conversations between Michael Coutinho and Ellena Gomes: An excerpt from "Bombay Balchão"