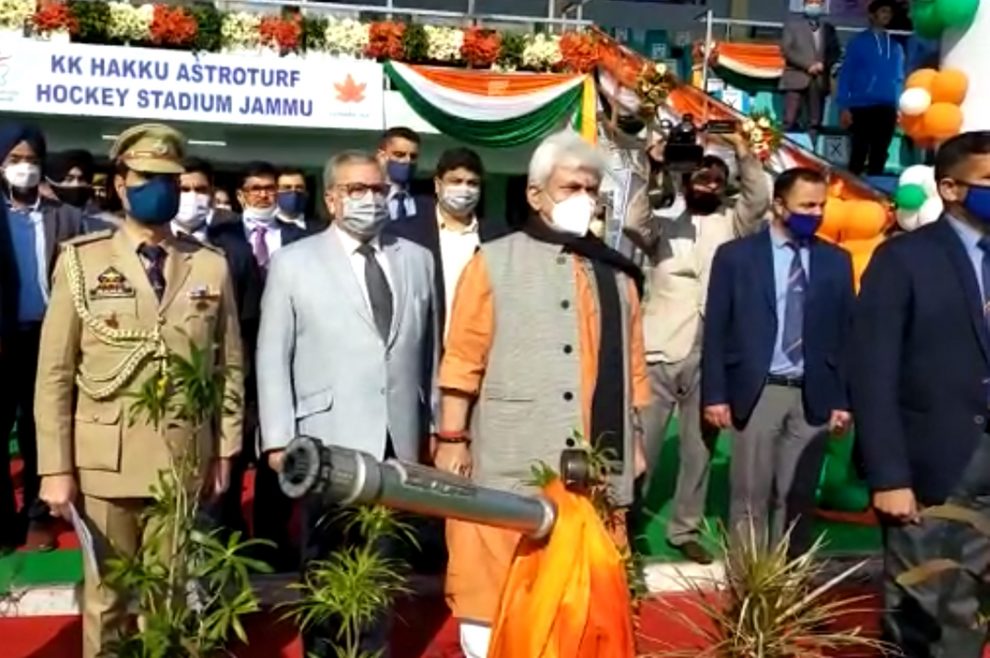 Jammu, Jan 20: Jammu and Kashmir’s Lieutenant Governor Manoj Sinha said that despite threats from Pakistan, the Union Cabinet that med today under the leadership of Prime Minister Narendera Modi approved the 850 MW Rattle power project that will be commissioned in five years.

“Let me announce here that the Union cabinet that met under the chairmanship of PM Modi granted sanction to the 850 MW Rattle power project worth Rs 5822 Crore. The project will be commissioned in five years,” the LG Sinha told media men in Jammu as per news agency.

He said that the Rattle power project has been approved despite threats from Pakistan that it would take the issue to International court and the world-bank.

The project will create 4000 jobs directly and indirect and first preference will be given to the local youth of Jammu and Kashmir, the LG Sinha said.

He said that the J&K administration and the GoI is committed to ensure 24-hour uninterrupted power supply to each household in the times. “The project share will be 51 per cent by NHPC and 49 per cent by J&K SPDC,” the LG said.

He said that in next five years J&K administration will be investing Rs 52821 crores in power sector. “In next five years, 12000 direct and indirect jobs will be created and first preference will be given to local youth of J&K,” the LG Sinha.

He said that from 1947 to 2018, J&K generated only 3400 MWs of power while from 2018 onwards power generation increased.  “The total generation target of the J&K administration is 6300 MWs,” the LG said. The LG also urged people to get Covid-19 vaccine shots as early as possible stating that the vaccine is totally safe and approve by the Scientific Regulatory Authority of India