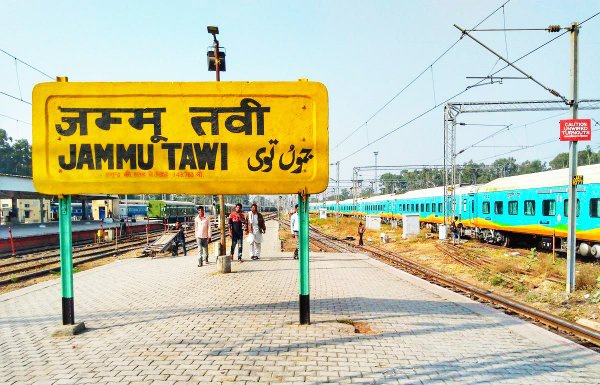 Jammu: Mooted about three years back, the redevelopment project of Jammu Tawi railway station has failed to see the light of the day, despite a budget of Rs 186 crore proposed for its modernization.

Now few months back the ministry of Railway has identified Jammu Tawi railway station for redevelopment under PPP mode and only the time will tell whether this time the project turns into reality and historic station gets much needed facelift.

Jammu railway station witnesses huge rush of commuters, which has been on the rise every passing year. The influx of commutes is even more during summers-the tourist season and regular rush of pilgrims coming from different parts of the country to pay obeisance at Shri Mata Vaishno Devi and other holy places in the UT and during pre-Covid period about 40 pairs of trains used to ferry to and fro from the station. Despite huge load of trains as well as passengers, the station only has three platforms since the time it came into existence in 1972.

There was a ray of light that station will modernized when in 2017, Jammu-Tawi was among the 23 other railway stations which was part of the first phase of the Station Redevelopment Programme.

As per redevelopment plan there was proposal of increasing the platforms at Jammu railway station, besides creating a new entrance from the Narwal side like the New –Delhi Railway station. The facilities proposed under the modernization of the historic railway station included congestion free non-conflicting entry and exit points into the station premises, segregation of arrival and departure of passengers, adequate concourse without overcrowding, integration with other modes of transport systems—bus and metro etc, user friendly international signage, well illuminated circulating area and sufficient provision for drop off, pick up and parking among other things.

There was provision of adding four more platforms, increasing the length of the existing platforms, Foot Bridge and under bridge

In March, union Railway minister Piyush Goyal  in written reply to a question in the Lok Sabha said, “Buxar, Begusarai, Bhagalpur, Gaya, Muzaffarpur and Rajendra Nagar railway stations in the Bihar, Bokaro Steel City, Ranchi and Hatia stations in Jharkhand and Jammu Tawi station in the Union Territory of Jammu and Kashmir have been identified for conducting techno-economic feasibility studies towards redevelopment of stations.”

He said that station redevelopment projects are generally taken up in a Public Private Participation (PPP) mode.

The Minister said that Indian Railways has planned for redevelopment of stations by leveraging real estate potential of land that can be spared and air space in and around the stations. He said that railway conducts techno-economic feasibility studies of stations across the country and based on the outcome of these feasibility studies, stations are taken up for redevelopment in phases.

As per railway officials, the work is stuck due paucity of funds and also the redevelopment work could not take off due to Corona pandemic since March last year.