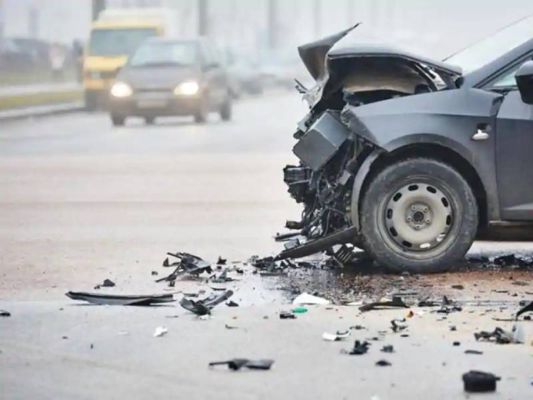 The Dispatch Staff
Add Comment
There was just a decline of 14 percent in road accidents in 2020 as compared to corresponding period of previous year (2019), while the number of fatalities in road accidents went down by 26 percent only, despite the fact that there was sharp drop in traffic volume when Covid-19 pandemic outbreak happened in 2020.

Jammu: Notwithstanding “strict enforcement” of stay-at-home orders, the Covid-19-induced lockdowns that brought vehicular traffic to a near halt for months have made no major difference to the number of traffic-related road accidents, fatalities and injuries during a calendar year in the Union Territory of Jammu and Kashmir.

If one thoroughly looks at the official statistics, over 1,500 persons lost their lives in more than 10,000 accidents across Jammu and Kashmir during the last two years.

There was just a decline of 14 percent in road accidents in 2020 as compared to corresponding period of previous year (2019), while the number of fatalities in road accidents went down by 26 percent only, despite the fact that there was sharp drop in traffic volume when Covid-19 pandemic outbreak happened in 2020.

“There was strict enforcement of stay-at-home orders in the year 2020 when the first lockdown was imposed across the country, including Jammu and Kashmir in the month of March and these restrictions remained in place for months together but it did not make a difference in the number of accidents and deaths on roads. In the year 2020, as many as 728 road users lost their lives and 5,894 received injuries in 4,860 road accidents in comparison to 996 deaths and 7,532 injuries in 5,796 road accidents during the year 2019,” official sources said.

Sources said, “the number of accidents increased to 5,452 during the year 2021 when authorities eased some restrictions and allowed limited movement of the people. Close to 800 deaths took place on roads in the year while nearly 7,000 people received injuries across the Union Territory”.

There was also no let-up in road mishaps and casualties along the National Highways (NHs) for the period, sources said, adding “a total of 258 persons lost their lives in 1512 road accidents that took place along the highways during the year 2020 while the number of road mishaps on highways in 2019 was 2,081 in which 384 road users were killed”.

Pertinently, Ministry of Road Transport and Highways has launched the “Scheme for grant of Award to the Good Samaritan who has saved life of a victim of a fatal accident involving a motor vehicle by administering immediate assistance and rushing to Hospital/Trauma Care Centre within the Golden Hour of the accident to provide medical treatment” on October 03 last year. Under the scheme, the amount of award for each Good Samaritan would be Rs 5,000 per incident.

“Official statistics indicate that the people have shown scant regard to stay-at-home orders being implemented by the authorities during the last two years to combat the spread of deadly virus in Jammu and Kashmir,” sources said, adding “As many as 45 road users were killed in 330 road mishaps in the first month of current year”.

The rampant violation of traffic rules was also reported during the last two years. “In the year 2020, about 4.25 lakh violators were penalized for violating road safety norms, while this number of violators further climbed to six lakhs in 2021”, sources said.

Just where Do One European Gals Hang Out?
Ways to get an Attractive Scandinavian Girl
Comment