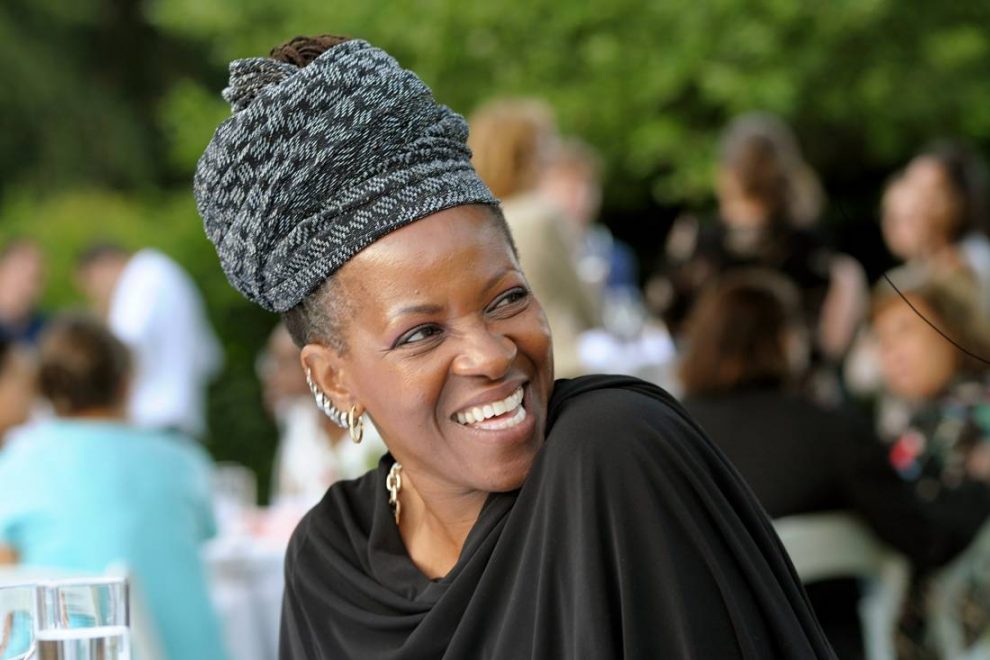 Leaders from all the main religions signed the joint declaration – among them Mpho Tutu van Furth’s father and Britain’s Bishop of Liverpool, but she said the need for such a statement showed far more work was needed.

“Religious leaders and religious structures all over the world have not yet arrived at the recognition that we are all fully human,” Rev. Canon Tutu van Furth told the Thomson Reuters Foundation in a video call.

It “would be wonderful” if the 35 remaining Commonwealth countries – of 54 – that outlaw gay sex reversed track, said Tutu van Furth, 57, who grew up in South Africa at a time when her father was leading the struggle against apartheid.

“It would be an opportunity to return to some of what is best in our cultures around the world,” she said ahead of the statement’s release at a virtual conference of global faith representatives funded by Britain’s foreign ministry (FCDO).

Tutu van Furth, who was 31 when apartheid ended in 1994, became ordained as a deacon in Springfield, in the U.S. state of Massachusetts, before becoming an Episcopal priest in 2003, despite initial resistance to the idea of entering the church.

“I didn’t (want to become a priest),” she said, laughing. “But there was a soul sense that my life in the church made sense.”

Her mother, Nomalizo Tutu, a teacher and nurse, was also active in the church, and Tutu van Furth said the ministry was “a vocation, a calling; that sense of being most myself”.

But it was a calling that was severely tested when she fell in love, marrying Marceline van Furth, a Dutch academic, in 2015.

The marriage, in the Netherlands, forced Tutu van Furth to give up her licence to officiate as a priest in South Africa.

The country legalised same-sex marriage in 2006, but the Anglican church does not recognise gay weddings.

But she said reconciling her sexuality and her faith had never been an issue for her.

“I had the extreme good fortune of growing up in a household with parents who were very clear about their faith, and very clear about full inclusion of all people in all aspects of our communal life,” she said.

Archbishop Desmond Tutu, winner of the 1984 Nobel Peace Prize for his fight against apartheid, said in 2013 that he would never “worship a God who is homophobic”.

Tutu said he was “as passionate about this campaign (against homophobia) as I ever was about apartheid”.

But on the whole, Tutu van Furth, who is chief executive of the TutuTeach Foundation, which aims to improve equal access to opportunity especially for women and girls, said religious institutions “tend to be far behind the cultural wave”.

“It’s not our job to be life-denying, and that is what the stances of many religious institutions on human sexuality and gender identity have been.”